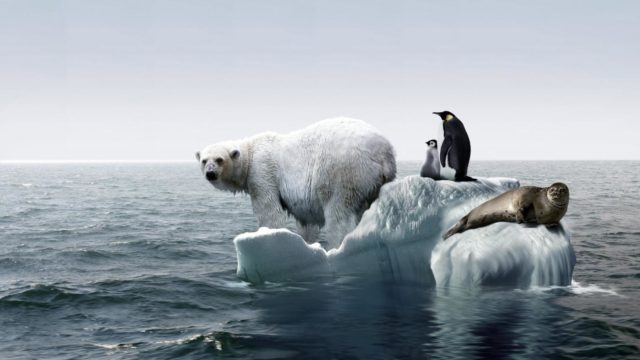 Lately, climate change has been known as an issue that’s on the countdown. Every year passing gathers more carbon dioxide that we emit and makes it difficult to solve this problem. And people keep waiting for a miracle, instead of doing something to lower these emissions. Of course, big changes will make a difference, and if we lower the emissions in the next 3 years, we could limit global warming and lower it by 2 degrees Celsius.

This is a solution found by Christiana Figueres who was the head of United Nations’ Framework Convention on Climate Change and now is part of a scientists’ group.

Another group of climate researchers found out that global warming started a lot of time ago due to human activities and the Earth has already warmed more than it was thought.

At the end of July, there were two studies published which had a negative view on climate change.

The first study took into account statistics of chances of warming by the year 2100 and considered three main issues: global population, people per country and carbon intensity which is emitted by the economy of each of the countries.

The future is uncertain as the research found out that there’s only 5 % chance that we can hold a limit of warming below 2 degrees Celsius. As a people, we can only affect global warming through human infrastructure and economics and it should be respected a 2 degrees limit of warming.

The second study focuses on how much the world took part in the global warming since emissions haven’t yet caused much global warming. Thorsten Mauritsen from Max Planck Institute for Meteorology situated in Germany and Robert Pincus from the University of Colorado at Boulder have conducted this study and found out that global warming is inevitable and will come at a bit more degrees. We already have gone through a 1.5 degrees Celsius warming out of the 2 ones earlier mentioned.

What is the conclusion? Climate pessimism is what makes us all achieve a goal in lowering risks of global warming. Climate change is not a worst case scenario but in the future carbon will have to be removed from the atmosphere.