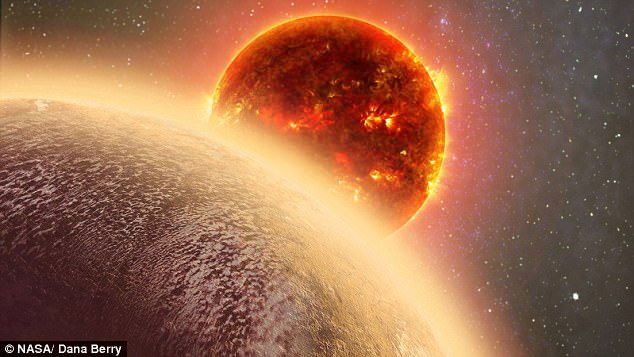 Recently, a team of astronomers have declared that they discovered an atmosphere found around a new super-Earth, named GJ 1132b. The planet is found 39 light-years away, and the findings represent part of the quest that other alien worlds can sustain life as we know it.

Laura Schaefer, who works as a planetary scientist at the Arizona State University, but did not work on the paper, declared that it’s really great that people get the chance to observe atmospheres on small planets. In translation, this means that the scientists will be able to do more observation from the ground in the future too, in case they discover more and more planets of this size.

Gliese 1132b was discovered first in 2015, when it was orbiting a small M dwarf star. Naturally, at the time the discovery made lots of scientists excited. However, the planet was not considered habitable, since the surface temperature reaches 620 degrees Fahrenheit. Moreovero, it receives 19 times the stellar radiation that comes towards the Earth. However, it is cool enough to sustain an atmosphere, as it was noted in the 2015 study.

The planet could actually have a steamy atmosphere and even a magma ocean, according to Schaefer. However, there is still a long way to go before finding out for sure whether the vapor atmosphere is still there. She said that we don’t have the confirmation that there is water indeed there, so we have to wait for more information to arrive.

Even so, we can still enjoy the good news. As it seems, Gliese 1132b completes a full rotation around its star in just 1.6 days as we measure them on Earth. If indeed the planet has an atmosphere despite the fact that it’s so close to the star it orbits.