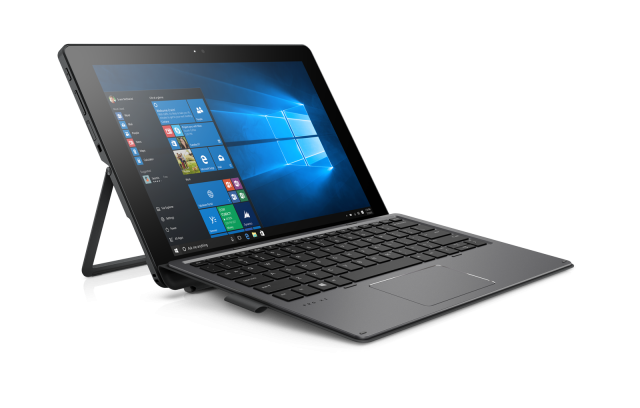 Mobile World Congress has kicked off and major tech companies have already unveiled their new devices. Even though the event is focused on smartphones, there are many other devices which are showcased during the event. In fact, HP has just unveiled its highly anticipated Microsoft Surface Pro 4 inspired Pro x2 G2.

This device is the successor of HP Elite x2 which is also known as a cheaper Microsoft Surface Pro 4 clone. The new Pro x2 G2 has been equipped with Intel’s seventh generation Kaby Lake processors. Additionally, the Kaby Lake processors are coupled with 8GB of 1866MHz LPDDR3 RAM. The device can be acquired with both SATA and PCle options that can go up to 512GB. In terms of connectivity options, the tablet supports 802.11ac wireless, LTE and Bluetooth connections.

The tablet ships with the classic 3.55mm headphone jack, USB-A port, USB-C port and a microSD card reader. The USB-C Port has been installed with one purpose in mind, to be used for charging and display output purposes. Sadly, the port only supports 5Gbps USB 3.1 gen 1. Even though a faster Thunderbolt 3or 10Gbps USB 3.1 gen 2 would have been better, the USB 3.1 gen 1 will suffice. Worth mentioning is that the tablet has also been equipped with a rear side fingerprint sensor. This feature has been one of its predecessor key selling points.

HP decided to make the tablet quite affordable, being priced at $850. This is why HP has made available a bunch of different accessories which enhance Pro x2 G2’s functionality. First off, there’s the 0.75 inch thick and 0.93 pound kickstand case. This accessory is definitely worth acquiring because it improves the tablet’s resistance by a large margin. Additionally, the tablet ships bundled with HP’s Active Pen stylus which is able supporting around 2,048 levels of pressure. Even better, the keyboard cover comes with a loop for storage space something which the previous model didn’t offer. Nonetheless, it’s  great seeing that HP keeps on putting up new tablet offerings.