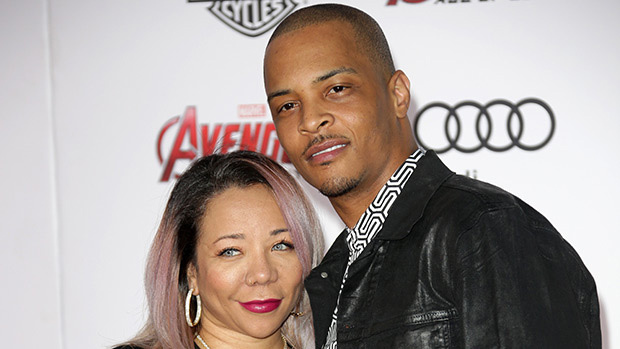 Even if T.I. and Tiny’s marriage is over, this definitely doesn’t mean that he is ready to see her with someone else. He is just not willing to see her moving on with another man, and that’s that!

T.I. doesn’t want to be married to Tiny anymore but he also doesn’t want his ex-babe to be getting cozy with other men after their divorce proceedings!

A source close to him knows a lot more about how he had his entourage to follow her all over the place.

‘T.I. still has a lot of feelings for the mother if his children and even if things are ending between them, he can’t shake his jealous feelings when he thinks about her being with anyone else. T.I. has asked guys in his crew to go to Tiny’s event in the ATL this weekend to spy on his ex.’

This is definitely very selfish of T.I. especially if we consider the fact that he moved on from Tiny to a fling with Bernice Burgos which the former reality star loved throwing in Xscape singer’s face.

Since she is going back on the market, Tiny has hired a hot trainer named Kory Phillips to get her in the sexiest shape possible.

She has also been posting videos of their workouts to her Instagram account and T.I. has seen their hot conditioning sessions.

The insider has something fascinating to say about this:

‘T.I. has all kinds of emotions about Tiny, especially now that she has an interest in her new trainer Kory. T.I. has asked his entourage to keep a special eye out for this dude Kory moving in on Tiny at the club this weekend.’

It looks like T.I. gave some strict directions to his guys to follow Tiny around the club and to report all of her behavior.

He needs to know if she talks to hot guys, if she drinks too much, if she kisses anyone or if she leaves with someone. maybe seeing Tiny with a new man will turn out to be exactly what will make T.I. decide to give their marriage another chance!