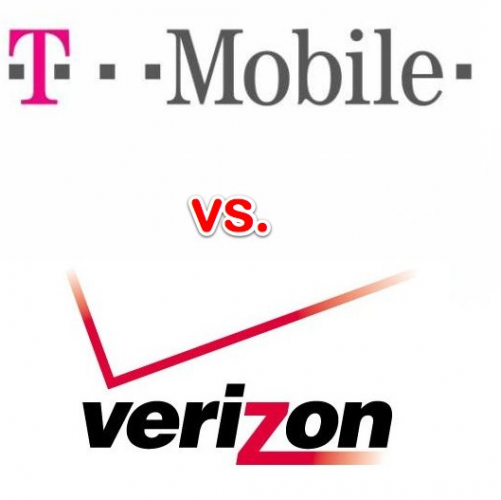 Smartphones have become quite an essential aspect of our everyday lives. The main reason behind this is that smartphones allow us to access the internet wherever we are without being required to connect to a Wi-Fi connection. This is why choosing the right carrier is quite important. As everyone knows there are a bunch of carries in the US, but which one is the best?

The two biggest carriers in the US are undoubtedly T-Mobile and Verizon. In fact, Verizon recently shocked everyone when it announced that from now, it will offer unlimited data to all its users. This isn’t the first time a US carrier announced that it offers unlimited data. All other carriers have promised unlimited data as well, but as everyone soon found out this wasn’t the case. Well, it looks like Verizon is actually keeping its promise.

Verizon actually offers unlimited data, but there’s a catch. Customers will be able to enjoy 10GB of LTE tethering then 22GB of 3GB and slower speeds after that. Even though internet speed will drop along the way, Verizon won’t stop the connection. The other US carrier that comes close to what Verizon is offering is obviously T-Mobile. This carrier offers 10GB of LTE and 3G connections for 28GB and slower speeds after that.

T-Mobile has a small advantage over Verizon. Although both carriers are quite close in terms of speeds, there is a major difference. T-Mobile doesn’t have the same coverage as Verizon but T-Mobile is making huge progresses in terms of coverage every day.

Now let’s get to the price, this is what matters the most. Verizon charges $180 per month (before taxes) for the Unlimited subscription. This is quite expensive, but the coverage Verizon is offering makes it worth it. On the other hand, T-Mobile offers two lines for $100 and other 4 lines for $160. The price difference is quite significant. Even better, these subscriptions include taxes.

We think it’s safe to say that T-Mobile is the winner here. In the end, it comes down to the place where you live because T-Mobile is suffering from low coverage. If you live in the middle of the city, you should go with T-Mobile. If not Verizon is the wisest choice.