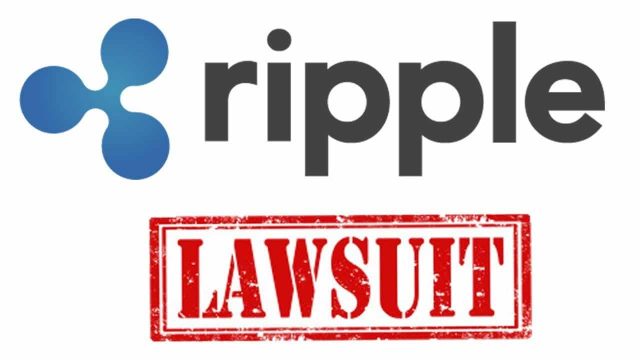 There’s a recent lawsuit against Ripple (XRP) that was filed in California and claims the crypto is scamming people. The new events in the crypto world triggered negative development, especially for Ripple.

The class-action lawsuit was filed against Brad Garlinghouse, Ripple’s CEO, against Ripple Labs itself, and it even includes XRP II, Ripple’s subsidiary.

Taylor-Copeland Law is a company that focuses on crypto and blockchain litigation and they filed a lawsuit in California court on behalf of a few Ripple investors, including Ryan Coffee.

There’s one thing different with Ripple compared to other cryptos and this very difference is the most important element in the lawsuit.

For instance, whenever a crypto miner validates BTC transactions, they get a new Bitcoin and this way BTC supply and demand are tied together. ICOs are often held by a new startup based on blockchain technology.

A percentage of the firm’s currency is sold upfront and the rest of the supply will be generated by the miners as they buy and sell tokens.

Ripple Labs decided to make 100 billion coins back in 2013 and they held 80% of it and the rest is distributed between founders, says the lawsuit.

After that, the lawsuit says that Ripple held a neverending ICO and sold off that XRP.

In other words, Ripple was trying to convince investors that there’s an increase for XRP when there wasn’t any for the public.

The lawsuit also claims that Ripple tried to bribe exchanges so that they would put XRP on their lists.

And last, but not least, the lawsuit claims that Ripple is a security and if this is true, it violates the SEC laws which say that the companies have to let the world know particular information to the investors.

Ripple itself still thinks that XRP is not a security. we have to wait and see how will this lawsuit affect Ripple’s price.