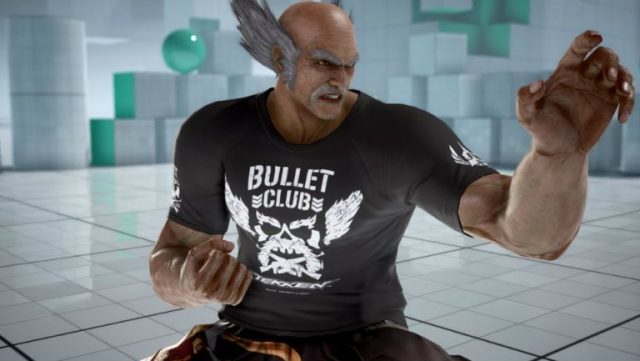 The fighting video game Tekken 7 will have the New Japan Pro Wrestling T-shirt as a special outfit in an upcoming DLC featuring the Bullet Club of wrestling.

Tekken 7 is the most spectacular game of the series

Based on the Unreal Engine 4 engine, Tekken 7 is the most spectacular title of the series, with stunning visuals, breathtaking effects, and almost photo-realistic graphics.

Fighting fits seamlessly with cinematic sequences, pointing to the Mishima family story in a completely innovative way of playing.

On the other hand, one of the most well-known characters in the Street Fighter series, Akuma, is the classical character in Tekken 7.

One of the most important wrestling groups in the world, known as the Bullet Club, will be taking part in the fighting video game, Tekken 7, which will be used to celebrate its anniversary.

Through the social networks of Bandai Namco US, which are the developers of the title, was revealed to several of the characters of the game dressed in the T-shirt of the team that make-up Kenny Omega, Young Bucks, among other wrestlers.

Get ready to rumble on May 31st with this New Japan Pro-Wrestling Set! Just a few of the many items coming in the FREE DLC update to celebrate the 1 year anniversary of TEKKEN 7! BulletClub

From next May 31st, New Japan Pro-Wrestling clothing will be available for free download as a new anniversary DLC pack in Tekken 7.