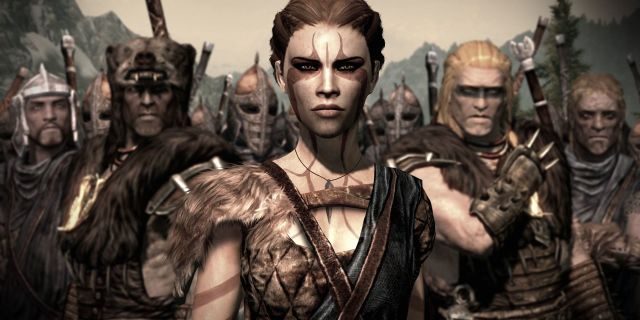 The most successful RPG game franchise in the world is certainly Bethesda’s The Elder Scrolls. This franchise managed to gather a huge fan following along the years, especially since there are fifth installments already. In fact, The Elder Scrolls: Skyrim which is the last installment is regarded as being the best game ever having a huge immersive medieval world and great character stories. With that being said, it’s easy to comprehend why the whole gaming community is highly anticipating The Elder Scrolls: 6.

Sadly, regarding the sixth installment in this franchise Bethesda actually stated that its not working on this project right now. The reason behind this is that Bethesda is in charge of a bunch of successful game franchises and not just one. One good example of that is the Fallout franchise, which is also RPG themed but the main difference is that the action takes place in a future American wasteland. Fallout 4 sold millions of copies during 2016 and it was a top contender for the GOTY (game of the year) title and because of that Bethesda is focusing on creating a special edition of it.

One main reason why Bethesda isn’t working on The Elder Scrolls: 6 is that the company is busy developing Fallout 4 VR edition. While this might not be an entire new game, it’s still a major upcoming release. Especially since the VR headset market has been booming as of late and because everyone in the gaming community is enthusiastic about strapping on a VR headset and stepping into Fallout 4’s wasteland.

Another interesting statement made by Bethesda’s officials is that they want to innovate The Elder Scrolls franchise but the necessary technology isn’t out yet. Many fans are speculating that Bethesda wants to introduce artificial intelligence to game, and seeing that Google and Amazon are making huge improvements in that department we might not have to wait that long. Nonetheless, we can expect Elder Scrolls: 6 to be unveiled 2018 but that only because Bethesda is able to get its hands on the required technology. Anyways, it’s great hearing that the game company wants to bring something new to the market and not keep doing the same thing over and over.