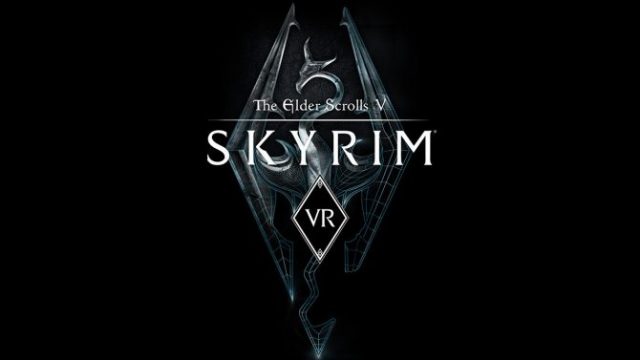 Though most gamers are anxiously awaiting The Elder Scrolls VI, apparrently Bethesda, the company that owns TES, is still not done in its quest to port TESV: Skyrim to everything! This time, the port is something to be excited about, though, because Bethesda is releasing Skyrim VR to Steam!

The official launch is next month on the 3rd of April, so not long before then.

At first, Skyrim VR was only announced to be a thing on PSVR, even though similar games like Fallout 4 VR or DOOM VR were released on PC. Skyrim VR was perfect for PC, however Bethesda did not throw us one bone until today. Thankfully, it is no longer PS4-exclusive!

Skyrim VR should be no different for gamers who already know the original version like the back of their hand. The base game plus its three DLCs (Dawnguard, Dragonborn and Hearthfire) will all be fully implemented in the VR version; the only thing that will really be different are the controls and the perspective, obviously.

If you thought the original Skyrim was immersive, you are in for a treat: Skyrim VR offers new controls for virtual reality movement, combat, magic etc.

There is already a game page for Skyrim VR over on the Steam Store. If you wish to pre-purchase it right now, you can pay $60 and have it ready to play on launch day!

According to the specifications, it can be played on either the Oculus Rift, the HTC Vive or the Windows Mixed Reality. If you haven’t had the chance to try Skyrim out yet, maybe you could find the time to give Skyrim VR a chance!

The official launch date is, again April 3rd, so while waiting, why not tell us your experiences with the game and thoughts about the upcoming port in the comment section down below? And as always, stay tuned for more gaming news!