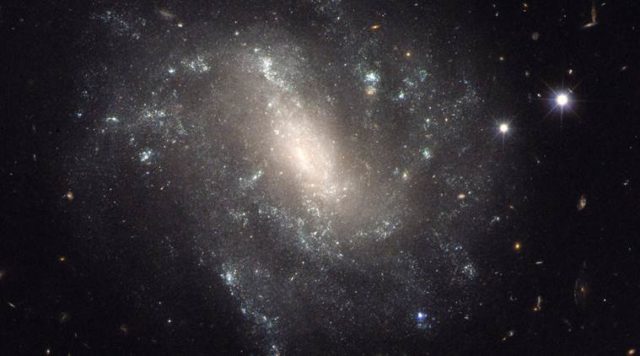 From Einstein until now, the understanding of our universe has been based on four fundamental forces, but the gaps in gravity theory suggest that there is a fifth force in nature. Researchers have indicated the presence of this force by monitoring the orbits of stars near the center of the galaxy. If these models deviate from the standard model, then forces other than known ones are involved.

The four forces on which our understanding of the universe is based are the strong nuclear force, weak nuclear power, electromagnetic interaction and gravity. Although the first three are clear, gravity has some of the features that have not been covered by Einstein’s general relativity theory, Daily Mail writes.

In recent decades, there has been talk of a fifth fundamental force of nature, derived from gravity, that would overturn the way we understand the universe.

Now, researchers have found a way to test whether this fifth fundamental force exists, and involved monitoring the stars in the center of the galaxy. Researchers also left from the proven idea after decades of observation that there is more gravity than it could be generated by visible matter. Until now, scientists have explained this gap with the existence of dark matter, whose existence has not been proven, but which would have been responsible for extra gravity.

Given the lack of evidence to indicate the existence of dark matter, some scholars have proposed that gravity be removed from the short list of fundamental forces. Instead, others proposed the existence of a fifth force that would fill the gaps in our understanding.

So, the Los Angeles University Researchers Group has proposed to monitor for 20 years the trajectories of the star orbits in the center of the galaxy to reach a definitive concluding conclusion about gravity and the possible fundamental force.

Andrea Ghez, one of the researchers, said that “the mere presence of supermassive black holes tells us that our current theories of how the universe works are inappropriate to understand the black holes.”

“In the center of our galaxy, where the supermassive black holes are located, the influence of gravity is so great that the signs of a fifth fundamental force can be easily detected,” the researcher said.

The team will use the highly detailed images of the Keck Observatory in Hawaii. If the fifth force influences the stars near the center of the galaxy, the team will observe this by deviating the trajectory from the predicted trajectory using the standard physics model (without the fifth force).

Ghez reveals that “if gravity has anything else but Einstein’s general relativity theory, we will see small variations in the orbits of the stars.”