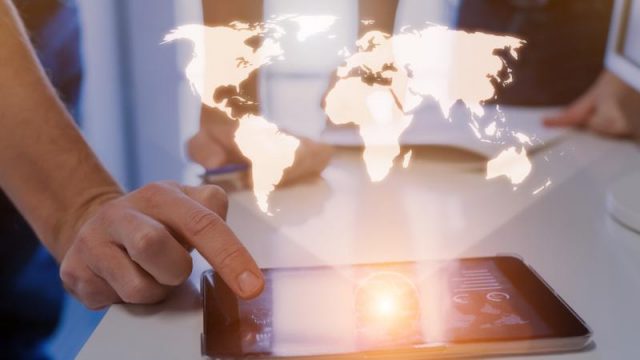 Definitely, the world of smartphones has evolved significantly during the last decade. It evolved even more during the last 2 years, on the other hand. However, despite the fact that this evolution seems stuck in notches, fingerprint sensors, and other common things, the first holographic smartphone, Red Hydrogen One, will be released this year by AT&T and Verizon.

It’s about the so-called Red Hydrogen One smartphone which is the very first mobile device manufactured by the Red Company, a corporation specialized in video equipment.

The upcoming holographic smartphone will boast some very cool features

The primary feature of this new Android-based holographic smartphone will be, obviously, its system of projecting three-dimensional images which can be visible with the naked eye.

Also interesting, the users will be able to visualize the holographic projections from every side of the phone and will also be capable of interacting with the projection with hands’ gestures.

Besides, the manufacturer keeps on adding newer features to make the device better. Thus, it has been announced that the upcoming Red Hydrogen One holographic smartphone will be waterproof and will come with animated emojis, in order to attract customers.

Initially, the phone should’ve reached us earlier this year but the manufacturers and AT&T and Verizon decided to postpone it, in order to be sure the new device will be completely ready when it will hit the stores’ shelves.

The holographic smartphone, the first of its type to be launched, will be officially presented during an event at the Warner Bros. Studios, in Los Angeles, on June 2nd and 3rd.

In the meantime, all we know is that the Red Hydrogen One holographic smartphone will be released by the end of this summer and will come out at prices ranging between $1,295 for the Aluminum model and $1,595 for the Titanium model.