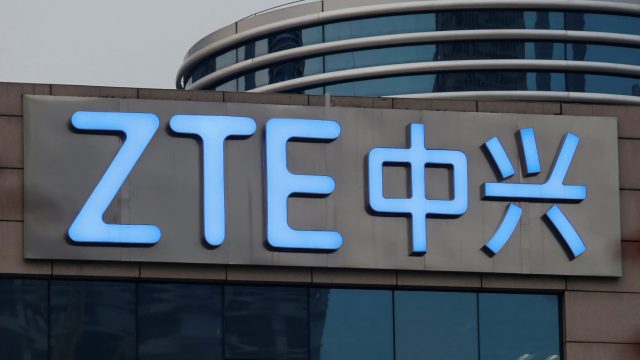 Chinese phone manufacturer giant ZTE filed an appeal with the United States demanding the lifting of a sanction prohibiting it from buying American components, while Beijing expressed its “solemn protests” on this issue escalating trade disputes between the two powers.

ZTE, which is spearheading the development of 5G infrastructure in China, announced Sunday that it has filed a petition with the U.S. Department of Commerce calling for a suspension of the penalty, as well as additional information.

For its part, China announced on Friday that it had transmitted its “solemn protests to the United States” on this issue during trade talks in Beijing by a high-level American delegation led by Treasury Secretary Steven Mnuchin.

The delegation pledged to forward Chinese grievances to President Donald Trump, according to a statement from China’s trade ministry.

In mid-April, the US banned exporting US components to the Chinese phones manufacturer ZTE

After pleading guilty in 2016 to having re-exported to Iran and North Korea equipment purchased from the United States, despite an American embargo, ZTE is accused by Washington of having made false statements about the sanctions allegedly adopted by the company against its leaders.

As a result, the US decided in mid-April to ban the export of US components to ZTE for seven years.

However, this decision threatens the survival of the Chinese company, which depends heavily on American technologies (CPUs and Android OS, for example) for building their ZTE smartphones.

ZTE is backed up by Beijing in this commercial dispute

Beijing reacted very strongly to Washington’s decision and made the issue one of its battle horses in the trade negotiations held last week in the Chinese capital.

The United States is alarmed by China’s ambitions to become the world’s leaders in technology by 2025 and denounces both Beijing’s massive state subsidies and the intellectual property transfers imposed by the regime on American groups.

ZTE has between one and two months of components in stock before the ban begins to affect its business. In the meantime, the listing of ZTE shares on the Hong Kong and Shenzhen stock exchanges has been suspended since the US decision.