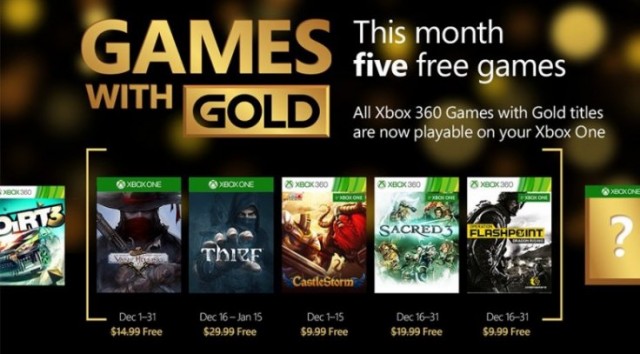 If you’ve waited until now to get your hands on some of the most popular games of 2015, discounts on Xbox Live might be the best solution.

If you are in possession of an Xbox console and you have a few days off  in the near future that you can spend playing, do not miss the virtual store available on each console. On Xbox Live began some time ago a long lasting discount period that goes on for 17 days. During this time, you could have grabbed  at very low prices different games, applications, movies and series.

The first week of discounts began on December 22, and we are now in the second week. Unlike the early days, you now have access to some of the most coveted games of the year at very low prices. The list includes Fallout 4, Metal Gear Solid 5 – The Phantom Pain, Gear of War Ultimate Edition and beyond.

To take advantage of offers you are not conditioned in any way to subscribe to Xbox Live Gold. If you decide to pay that subscription the prices fall by another 10 percent. As a result, it might be a better investment, that at least for a month, to invest in an Xbox Gold subscription.

Weekly sales period on Xbox Live and Xbox Store will close on January 7th 2016. Until December 31st 2015 there will be an additional campaign called Daily Deals. The discounts will be detailed by Harry Hyrb from Microsoft or Major Nelson. On his website you can find out all the details of the campaign, and if you log in with your Xbox Live account you’ll see prices listed in local currency.