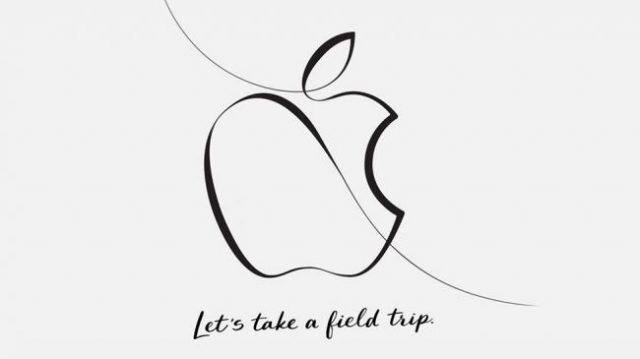 27 March is the date Apple is going to make its next big announcement, and there have been talks about a new iPad being announced.

However, if we are to believe the most recent Apple invite, this one will be different from your run-of-the-mill iPad – it will be cheaper and aimed at schools and businesses!

Yep, that basically means that you as a consumer will not be able to buy this iPad (by normal means), but it could still be available in specific locations, and it could be the budget way to get into Apple’s tablet range.

Let’s give you a rundown on what to expect from Apple on March 27th, shall we?

The first thing we want to tell you about is that Apple is increasing the production of the Apple Pencil; so much that it went up by almost double, to 10M units! What are they going to use this many Apple Pencils for?

That’s right, the Apple Pencils would indeed work best with a new iPad that is oriented towards schoolwork. This theory holds its ground even better, since the new iPad 2018 will in fact support the Apple Pencil, thus making it more usability beyond only the iPad Pro series.

Of course, if it’s going to support the Apple Pencil, it has to have a digitiser layer underneath the glass which will read the input. It won’t make the iPad look any different, but it will increase its cost a bit.

Also that means we probably won’t see the True Tone display technology present in the iPad Pro series, where the sensors match the white balance of the screen with the surrounding light.

For the LCD screen, the resolution might match the one on the entry-level iPad from last year, which is 1536×2048, and probably it won’t be the best color reproduction on an iPad. But the screen will still be in the standard 4:3 ratio on a 9.7″ display size, with larger bezels around it.

The OS is a given: iOS 11.3, since Apple always uses an event to debut some new feature of what its devices can do.

There have been rumors that the new iPad might contain a piece of software caled ClassKit, which adds to the theory that it is going to be an education-oriented tablet.

The processor could well be the A9 chipset which also powered last year’s iPad. However, that might leave it a bit underpowered, but help with the cost reduction. Our guess is the A10 chip will end up being used, however it would not surprise is if a poorer engine ends up being revealed and less RAM on top of it.

Unfortunately, we have had no design leaks from the new iPad, but we have to remember that Apple likes to repurpose older designs for the cheaper models (e.g. the iPhone SE and iPhone 5C), so the new model might not be all that different.

The event might actually be more about what you are able to do with the device in an educational environment rather than its specifications and/or design, so we might as well expect a renamed iPad 2017, as in a metal back and rounded corners.

There might not be a lot of storage in such a thin device if it ends up looking just like the 2017 iPad, but students might be given more iCloud storage space, so that evens out a bit. If the new iPad ends up being sold in retail stores, too, then it will be pretty basic. just like today’s Chromebooks, even.

Apple’s invite for the event happening on 27th of March hints to what might actually be shown there. The location is important: a Chicago high school, with a note saying we are going to see creative prototypes for teachers and students.

If we were to follow Apple’s usual 10-days-to-2-weeks model, then that means we will be getting the new iPad in April, with pre-orders being available between March 27 and the release. That is, if you can actually buy the iPad from retailers, since as we said before, it might be aimed only towards educational purposes.

Of course, News4C will be covering what gets actually presented at the event on March 27th, so stay tuned for more news! In the meanwhile, why not go down to the comment section and tell us your thoughts?