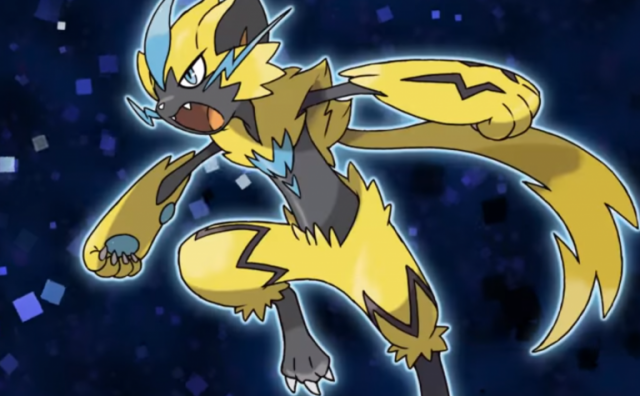 Between the launch of the first games in the mid-90s and the arrival of the seventh generation with Pokemon Ultra Sun and Ultra Moon, the number of small creatures has increased from 150 to more than 800. And that’s obviously far from finished because Pokemon creators have recently unveiled the 807th – the new Mythical Electric-type Zeraora Pokemon.

As promised by the Pokemon Company, it was during the Japanese TV show Oha Suta when we got the first presentation of a new creature.

This new Pokemon is a fabulous electric-type Pokemon called Zeraora which also completes the Pokedex of this seventh generation.

As listed at the end of the trailer, we will be entitled to more details soon, including the approach that will follow to get on the Ultra Sun and Ultra Moon versions.

The new Pokemon Zeraora will be a Thunderclap Pokemon

As said, a brand new trailer for the 21st Pokemon movie, the Pokemon: Everyone’s Story, was aired during an episode of the Japanese show Oha Suta, where the story and the characters in the movie were presented in more detail.

The fabulous Zeraora Pokemon from Pokemon Ultra Sun and Ultra-Moon has also been officially unveiled.

Originally discovered in the Ultra-Sun and Ultra-Moon data last year, Zeraora is the first fabulous Pokemon to be of the Electric-type.

With Lugia, Zeraora will be the star of the upcoming 21st Pokemon movie.

Zeraora, the 807th Pokemon is a Thunderclap Pokemon, which has the talent Absorb Volt and a unique ability – Plasma Punch. With its 100 points of power and precision, its attacks allow Zeraora to project electricity with the fists.

This attack has the particularity of converting the capacities of a Normal-type Pokemon to those of an Electrik-type.

Additional information on Zeraora will be unveiled in the next episode of Oha Suta that will air on April 12th.

Of course, the new Zeraora Pokemon will certainly be distributed when the Pokemon: Everyone’s Story will broadcast, in Japan, in July 2018, while it might take a few months more for Zeraora to emerge in the Western countries.