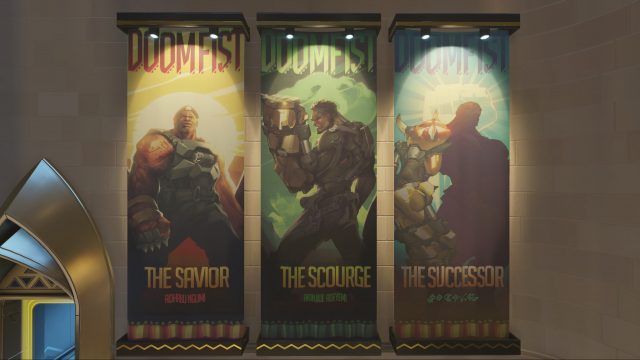 Blizzard is renowned for paying attention to all the small details in its games, and this can be seen in Overwatch as well. This game has been launched last year and it’s one of the most popular games in the world already, having an active user base of over 36 million. Blizzard is certainly following the same recipe for success it used on World of Warcraft. The game is soon going to become even more popular because a new character will be introduced.

Everyone believes that the new champion is going to be called Doomfist and it’s going to be voiced by the famous actor Terry Crews. Blizzard has even confirmed that they have signed a deal with Terry Crews. What’s interesting is that even though the name Doomfist is being mentioned in all of Overwatch’s forums, there might be another champion.

Jeff Kaplan which is Overwatch’s director recently posted something intriguing on the game’s official forum. Seeing how the game’s community began hyping up Doomfist, Kaplan felt the need to announce them that Doomfist will not be the 24 hero. Although, Doomfist is actually going to be included in a later update. In Kaplan’s own words “Of course, this doesn’t mean that Doomfist won’t be in the game, simply that the next hero may not be this specific character”.

It looks like Terry Crews really wanted to get the chance to voice Doomfist. In order to make sure that he’s going to be the one who voices Doomfist, he started an online campaign where people were allowed to vote so that he will be chosen. Terry Crews even got the help from Dwayne “The Rock” Johnson who posted over Twitter to encourage people to vote for Terry Crews.

Nonetheless, even though Doomfist isn’t going to be the 24 Overwatch hero we can be sure that Blizzard’s next champion is going to be amazing. We can expect Blizzard to release additional information during the upcoming future. For now, let’s just hope that Jeff Kaplan decides to unveil who is the upcoming hero before the official news arrive.