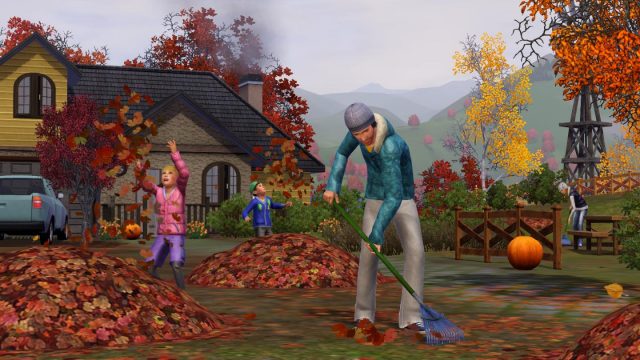 The Sims 4 has been launched 4 years ago and already received 23 DLCs the game’s community is still waiting for new expansion packs and add-ons.

The Sims 4 online communities is now enjoying a new piece of information that says the development of the future expansion pack, as well as The Sims 4: Season release date has been confirmed by a one customer service employee of EA (Electronic Arts).

The ‘proof’ of this information was offered on Twitter by ThatGirlKay, who has uploaded on the social network a pic where you can read the possible release date for the expansion pack – September 18th -, revealed in a conversation between an EA assistant and ThatGirlKay.

Normally, as in with every rumor regarding games, we have to take this news with care because it can be a very well elaborated “fake news” but we are also used to the fact that some of the rumors surrounding games to eventually prove true, so it also might be the case here.

Here is the tweet with the Sims 4: Seasons expansion pack release data, allegedly confirmed by EA:

Even more, another The Sims 4 gamer on Twitter posted his conversation with EA’s representatives and revealed that the EA developers are working on the Seasons expansion pack.

When will EA confirm rumors about The Sims 4: Seasons expansion pack

The Sims 4: Seasons Expansion Pack, if it is under development and already has a release date, it will most probably be announced officially during the EA Play which will be held in Los Angeles, the US, between June 9th and June 11th at The Hollywood Palladium and on the EA site.

In the meantime, The Sims 4: Season expansion pack is only at the level of rumors and nothing more. However, according to the rumors, the expansion pack might be released on September 18th. We shall see if EA confirms this on their EA Play event scheduled for this June.