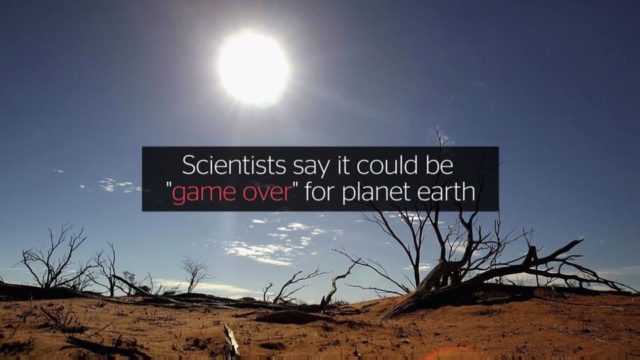 Unless you’re an extreme Republican (yes, we said it), you most likely know that global warming is an actual issue and a huge environmental threat, not just a lying defamation conspiracy put together by the Chinese in order to destroy America’s greatness. In fact, the situation has gotten so bad in recent years that a team of scientists claims that we only have three years left to save our planet before things go South really fast with no other chance of halting the impending destruction of the world as we know it.

It might sound too harsh, but it’s the cold, hard truth. This group of six scientists and diplomats, among which we can find world famous physicist Stefan Rahmstorf and the former chief of climate for the UN Christiana Figueres, published an open letter to the world on June 28. In the letter, the six scientists and diplomats urged international governments to address the issue that greenhouse gases pose on our planet. The letter is also addressed to scientists, citizens, businessmen and whomever else it may concern.

Their letter also contains a six-point plan that, if completed by 2020, might save our world and ensure that our species still has a long and bright future on this planet. The plan goes as follows: