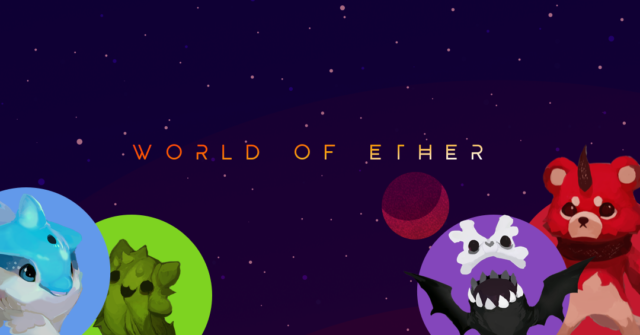 And its game mechanics just might make it worth it…

To be an early adopter in the new Ethereum based game, World of Ether, you will need to spend 0.5537 ETH to buy a virtual monster egg.

These are virtual monster eggs that hatch into virtual monsters upon launch of the full game and egg purchases are still rising despite the high prices. Why are players spending $600+ to be an early adopter?

The first blockchain game with depth beyond breeding

World of Ether has breeding as a primary game mechanic, but it also has battling, leveling up, battle points, different monster types, and rare, shiny, and legendary monsters.

Battles increase players’ levels and when levels increase, the players can breed rarer monsters. With a high enough level, a player may eventually breed a legendary monster of the rarest type.

The price of eggs rises by 15% on launch, which means new players will be buying monsters (in ETH) from the marketplace. Who will supply these monsters?- The presale buyers.

Additionally, according to WoE’s Telegram chat, monsters purchased in the presale also have a better cooldown period for breeding.

The artwork is taken seriously

Even though it’s just in its egg presale, everything in this game is custom made and not algorithmically generated.

As an example, even the subreddit is customized heavily: https://www.reddit.com/r/WorldofEther/

The game’s developers are constantly releasing new artwork- from new monsters to new backgrounds, and the website itself uses custom artwork to make itself stand out.

The art makes it clear that the developers care about this game.

The team is not anonymous; they show their faces and backgrounds

While CryptoKitties was not anonymous, all other competing blockchain games are using anonymous teams, indicating lack of trustworthiness.

WoE is 100% not anonymous. Its presale smart contract is open and its team is public on https://worldofether.com/about

Here are some facts about the team:

While Bitcoin was published anonymously, this is 2018, and now the blockchain world is full of sharks, operators, and opportunists. Be wary of any blockchain project that is anonymous.

CryptoKitties was able to devalue its Generation Zero kitties by releasing many new ones into its market. The World of Ether development team will not be able to flood the market with new valuable monsters.

Supply and demand is the pure dictator of value in the WoE marketplace.

Additionally, smart contracts will not be able to be altered upon full release of the game. The game is promised to be decentralized across all of the Ethereum network’s nodes.

A roadmap being shared in their Telegram

Here’s the roadmap, as copied and pasted from their Telegram (of which you should join):

Eggs are expensive right now, but this appears to make sense when one considers the potential upside.

The other downside is that, as with most things crypto, this game could rely on network effects. That’s why it’s important to look at who’s doing their marketing, the amount of effort gone into the project thus far, and the experience of all the team members making this a reality. Within a week of their launch, Altcoin Buzz, one of the biggest blockchain YouTube channels in the world, gave them a featured video; so that’s very encouraging.

There’s also still 6 weeks until launch, so it’s also possible that the price of eggs could rise dramatically, maybe even to over 1 ETH, before the full version launches. It’s hard to predict the totality of what will happen over the next few weeks.

Check out the main site, worldofether.com and their social channels. Whatever happens, this is a serious blockchain project completely worth paying attention to.