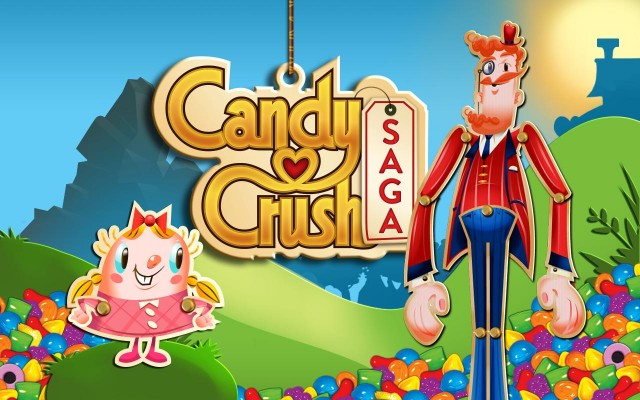 Top games on Facebook: find out what people are playing lately
Facebook is no longer only a place to see what you friends have been up to, what pictures have they posted and with who.

Facebook is now the place where you can have fun with a game, but also where you can see what your friends have done in the meantime to their virtual home and what furniture they bought through the multitude of interactive applications present on Facebook.

Farmville is probably the title that has started the appetite of the most Facebook gamers. Even if it remains now one of the most popular games, especially that reached the second version, Farmville was replaced by numerous other games.

Most of them impresses with story or complexity, but are popular precisely because they can be played on lunch break and, for some users, become addictive.

Currently, the most popular game on Facebook is Candy Crash Saga, which boasts over 100 million active players per month. We are talking about a puzzle game that came to have versions for iOS and Android operating systems and is addictive for many people. The rules are so simple that is not worth mentioning them, but it is not as easy to be the best. Although the game is free, some options, such as an additional life are chargeable. Not surprisingly, another popular game on Facebook is one of Poker. Texas HoldEm Poker, developed by Zynga, the famous Farmville manufacturer, the game puts you in the shoes of a classic poker player who aims to have the best hand. It depends on skills and obviously your luck to win, and the application is also available on mobile platforms. At first glance rather dedicated to children, Dragon City has earned a good reputation among the adults and currently has over 10 million monthly users. However, in reality is a SimCity like simulator, where you need to build habitats for various breeds of dragons, to provide all the conditions to give birth to newborns and obviously to feed them. Currently there are over 150 types of dragons, each with their own needs that you have to keep in mind in order to progress in the game. Diamond Dash is another puzzle game that in many ways resembles Candy Crash Saga. This time you must remove various “blocks” of three, but the big news is that a fixed game session lasts 60 seconds. Basically, it is a race against the clock, ideal for when you’re on the subway and you want to pass the time faster. Besides Candy Crush Saga, another very popular game (at least coming from all the notifications from friends) is Bubble Witch Saga. Again there is a kind of puzzle, but there is a little story behind it. At the bottom of the screen there are several witches that selects the balls you throw in the puzzle for it to fall apart.

The subway is my favorite means of transport, so it is not surprising that I, along with more than other 10 million users on Facebook, liked Subway Surfer. Here you aim to run the network of subways in various world cities (including Beijing), to earn coins to improve your skills and, especially, to escape the pursuit of an inspector and his dog who will always give you a hard time. Are you ready for the adventure?