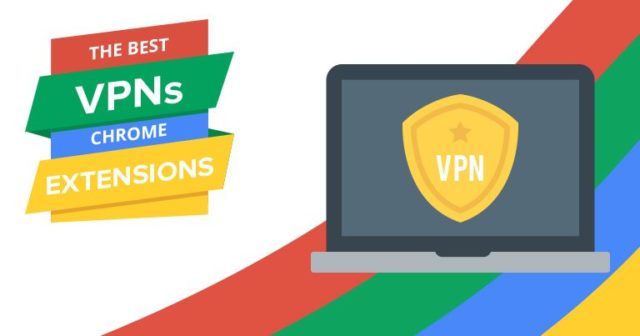 Even though people might think that using Google Chrome’s incognito mode will keep websites from tracking them, this is not the case. Internet service providers are able to track everything that people are doing on the internet from browsing history up to downloads.

This information is mainly used to provide companies with precious data about what people like so that they can advertise their products based on cookies and previous purchases.Therefore, prices will always inflate when accessing a shop for the second time.

Luckily, there are a couple of VPN extensions for Google Chrome which will hide anyone’s entire online activity. This will not only protect people’s privacy, but it will also make it impossible for ISP and other websites to track their activity.

Nord VPN boasts with one of the best encryption systems that any VPN service can offer. Furthermore, the developers who are in charge of this extension guarantee users that there won’t be any entity that’s able to track them while using it. In addition, Nord VPN is great for people who want to access content that’s blocked in their region.

First off, people who decide to use Windscribe should be happy to know that this extension doesn’t keep any information about their online activity and that it automatically deletes all logs information.

Moreover, Windscribe excels when it comes to masking the user’s location and blocking annoying ads but the thing that it does best is that it prevents any important personal information from coming out.

Express VPN holds the title of being the most popular VPN extensions for Chrome. The extension’s large user base shows us that it offers premium services and that it keeps users safe. Additionally, Express VPN has been proven to offer the best value for money.

Another great use for Express VPN is when watching Netflix because it unlocks region-blocked content. Also, this extension is known for bypassing the Great Firewall of China.

Tunnel Bear is also a highly popular Chrome extension and that’s because its quite affordable. Tunnel Bear has been specially designed to be simple, which means that anyone can pick it up and hide their online activity without having to go through numerous settings first.

More than that, there are two version of Tunnel Bear. There is the free one which offers a standard level of protection and 500MB per month, and a premium one that won’t allow anyone to track the user’s activity.

IP Vanish is perfect for people who enjoy having the ability to completely disappear from the internet. This extension allows users to change their IP address whenever they want. Therefore, IP Vanish users will always be anonymous as long as this extension is being used.

We should also mention that IP Vanish is a lightweight extension and that it will not use large amounts of storage space.

ZenMate excels when it comes to data encryption. This extension uses a high-level encryption system which ensures people that their ISP will never be able to track their activity. Another cool thing about ZenMate is that it offers a SmartPrice extension.

The second extension is basically an add-on that’s been specially created to help people save money while shopping online and to keep their personal data private. What this add-on does, is that it doesn’t allow websites to know the user is a reoccurring customer thus offering him cool discounts every time.