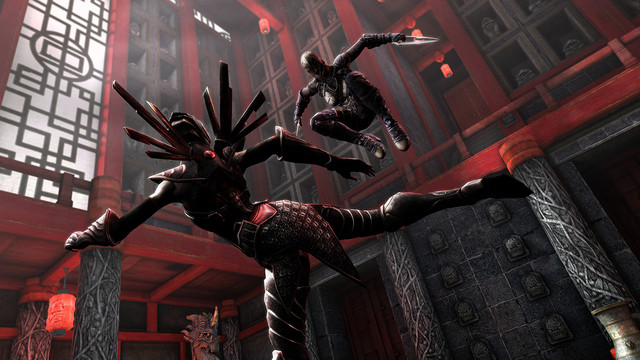 Recently we wrote an article discussing Sony’s desire to bring Playstation games to smartphones, perhaps echoing the recent decision by Nintendo to release its first mobile game. Incidentally, Nintendo’s app wound up being more of a social networking experiment than a game, but the fact remains that we’re starting to see major console names sniffing around the app gaming industry.

That’s an exciting development for the millions of people around the world who enjoy mobile apps for entertainment. But the idea of console style games being available for mobile devices also sheds light on the fact that many mobile developers have actually already designed games that approximate console quality. There will always be certain limitations on mobile devices, largely coming down to size and control. But where graphics and gameplay are concerned, the following games illustrate that we don’t necessarily need the influence of Nintendo and Playstation to enjoy bigger and more beautiful games on mobile devices.

Commonly singled out as the chief example of console quality on mobile devices, Infinity Blade III is still pretty mind-blowing, despite having been out for some time now. Designed as a beautiful 3D world and built on an engaging narrative, the game functions primarily as a sword-slashing fighting game that puts you up against a dynamic range of enemies. Vaguely reminiscent of Bethesda Game Studios’ lineup (and particularly Skyrim), the game feels familiar to a lot of console gaming fans. However, it also stands tall on its own as one of the few mobile experiences that truly approximates the scope and quality of a Playstation, Nintendo, or Xbox game. It’s also worth noting that in the time since the game’s initial release, we’ve seen a number of mobile developers attempting to mimic its general style. Games with beautiful graphics and slashing action have almost become a sort of sub-genre within action app gaming. Some might argue that Sony’s Driveclub game has set a new standard for racing games, largely thanks to how big of a game it is outside of the actual racing action. That’s a fair assertion, but Real Racing 3 is about as close as any other racing game has come, on mobile, console, or elsewhere with its real cars, real tracks, and tons of customization options. The game also has a well built multiplayer structure that allows you to take on opponents either in real time or via “time-shifted multiplayer” that lets you take them on any time you want. It’s not as thorough an experience as you get in Driveclub, but on its own it’s an extraordinarily deep, sharp game for mobile. The interesting thing about Rival Knights is that there’s actually nothing like it on consoles at all. In fact, there’s really not much in the way of knight-themed gaming among major console games; you have to delve into alternative gaming markets to find such themes. Strangely, Gala Bingo’s game collection features one of the most noteworthy collections of knight-and-medieval-themed gaming around. With themed bingo and other casino games populating its site, Gala plays host to titles like “King’s Ransom: Wild Knights” and others. They’re fun games with appealing artwork for fans of medieval fiction, but they don’t involve any action – and that gives a game like Rival Knights the prime spot as the leading action game involving knights. And it’s worthy of the distinction. This is as beautiful a game as you’ll find on mobile devices, and does for jousting what Real Racing 3 does for racing. Customize your knight, take on new opponents, and compete in heart-pounding competition. There’s no denying that shooters have become some of the most popular games on consoles, and in some respects they drive the gaming industry. Games in popular shooter franchises had a lot to do with the rapid rise of online multiplayer gaming, and it’s common to see the latest shooters showing off the very best in console capabilities. Such games tend to adapt poorly to mobile devices, as controlling a fast-paced shooter on a touchscreen just doesn’t usually work that well – but Afterpulse is an exception. Designed by Gamevil as a multiplayer shooter experience truly optimized for mobile play, it’s a pretty stunning experience, as attractive as any other app on this list, and as action-packed as Call Of Duty or Battlefield games. The controls still aren’t as natural as using a console control pad, but it’s a huge step forward.