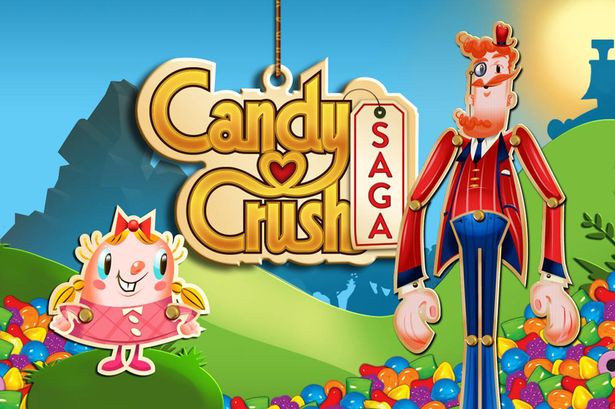 Candy Crush Saga, Angry Birds or Temple Run 2 are some of the most popular games for the iPhone and Android. Games for mobile platforms are an industry in itself because of increasing number of smartphone users.

Not surprisingly, the most popular games for mobile are the free ones or those that can be used at least partially free. Cash games are also gaining ground, but some are too expensive to become really popular among users as, for example, Need for Speed: Most Wanted.

Currently, the most popular game for mobile is Candy Crash Saga. We are talking about a puzzle game with over 300 levels in the version for iPhone and iPad and over 100 levels in the Android version that has become addictive for many people. The rules are so simple that are not worth mentioning, but it’s not easy to be the best. Although the game is free, some options, such as an additional life are chargeable.

Temple Run 2 for iPhone and Android

Combination of antiquity, adventure and easy gameplay transformed Temple Run 2 in another popular game among users. You can easily walk long distances, and you can go over the various obstacles encountered in the temple to achieve your goals, and in the new version are available new types of power-ups and obstacles. However, the difficulty gradually increases until you might be tempted to pay to benefit from the skills to the next level.

Fast & Furious 6: The Game for iPhone and Android

It is no surprise that a car game occupies a leading position among the most popular games. Fast & Furious gained a reputation mostly because of the film series of the same name. The action takes place on the streets of London, where the mission to earn your reputation in various races, but also to end the domination of a criminal organization composed of well-trained mercenaries. As you advance in the “career”, you unlock cars, becoming more powerful and faster.

Real Racing 3 for iPhone and Android

Pure Car Games could not miss in this article, especially if they are free. Real Racing 3 is particularly impressive due to graphics and real selection of cars and circuits. For example, you climb behind the wheel of official Porsche cars, Lamborghini, Dodge, Bugatti and Audi and you can try out your skills on circuits that have become legendary in the world of motorsport, such as Spa-Francorchamps, Silverstone, Hockenheim and Laguna Seca. However, to avoid long waiting times to repair machines or to buy new faster and stronger ones you have to pay real money, and this limits somehow limit the game experience.

Fruit Ninja for iPhone and Android

Fruit Ninja is another intuitive game where speed of response is the most important skill to progress rapidly. As the name implies, the game requires you to cut various fruits that appear in the landscape in a short time. There are three game types, namely Classic, Zen and Arcade, and as a bonus, Dojo section includes new types of swords, game environments and power-ups.

Stay in the racing car, but this time choose an unusual adventure, because, as the name suggests, Hill Climb Racing puts you in the shoes of a pilot who has to go by car over the hills. You have 10 vehicles from classic car to trucks and tanks and collect coins along the way to improve vehicle performance. The objective is to go through the 11 levels of the game. That will take you on country roads, in the desert area, Arctic ice to finally reach … the moon!

There are many other popular games that you can find in the AppStore, respectively, Google Play Store, but many of the best games cost money, which is why they don’t get as many downloads.