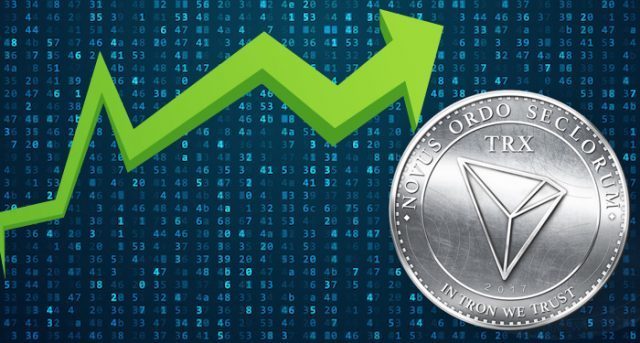 As we’re getting closers to the test net launch of Tron Foundations, TRX keeps rising. Only this week, TRX’s value has gone up by 75%. The test net will launch in a week, and the Foundation announced more developers will be joining their already-solid team.

Today, Tron (TRX) is experiencing a serious growth on the cryptocurrency market. Tron’s founder, Justin Sun, and the Tron foundation have kept tweeting about the countdown to the test net launch, which is only about 6 days away! The community is obviously very thrilled about the upcoming launch.

Recently, Justin Sun has been getting a lot of criticism over the sudden drop, right after the coin hit an all-time high. Since its high of $0.259/coin, it dropped by over 85%.

Many who got in on the cryptocurrency market at that time, had not actually researched any of the projects and simply bought coins based on their sudden spike in price.

However, when TRX launched back in September of last year it did not have a “working” product. Many ICOs that concluded, had only a whitepaper and a vision but many new crypto investors don’t realize that its actual value comes when it has a working project in place.

As TRX continued to plummet, crypto investors were calling Tron a scam without doing any sort of research into their roadmap and foundational components they were setting up. Many of these blockchain projects can take YEARS to execute.

However, Justin Sun’s tweeting coin “pump” tactics gave the community a bad rep, as he was announcing partnerships, in hopes that the coin would rise. Still, the Tron Foundation focused on building a strong team, and when investors are investing in an “idea”, the team is absolutely crucial.

What are your thoughts on this? Tell us in the comment section down below! And as always, stay tuned for more news on cryptocurrency!