Twitter’s Edit option hasn’t been released yet, but hints about how it will look have already appeared online. Earlier this month, a reverse engineer posted a snapshot of how Twitter’s Edit function appears in the UI.  Tweets updated by people will be preserved, according to another tech writer.

Fresh information regarding Twitter’s planned functionality that allows users to modify their posts has been shared by app analyst Jane Manchun Wong via Twitter. Reportedly, Twitter isn’t going to simply alter the previous tweets that its users have written. A subsequent tweet is created with the updated information, and a history of previous tweets is maintained. Jane goes on to clarify in a succession of subsequent tweets that Tweets always stay unchangeable.

An object that can have its values altered after it is formed is said to be changeable. Changing an Instagram description after a photo has been published is an excellent illustration of this point. Immutable items, on the other extreme, are those which, once produced, cannot be altered. A post is really just an immutable object, therefore, users can’t edit the image or video they’ve submitted as part of it.

Paluzzi, an acclaimed mobile programmer and reverse engineer, has discovered the ‘edit’ option on Twitter, which has sparked controversy among Twitter users. Tweets may be edited in the future, and Elon Musk used his 80 million-follower Twitter profile to run a vote on the site over the issue.

Please note that just Twitter Blue users may see an option to “edit” their posts. Paluzzi posted pictures showing how users may use the Edit Tweet functionality by tapping on the 3-dot option that displays on a tweet after it has been posted. There’s an editing spot for users to make modifications after they click on the tweet. To post the tweet, people will be allowed to click an Update icon. 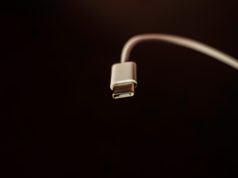