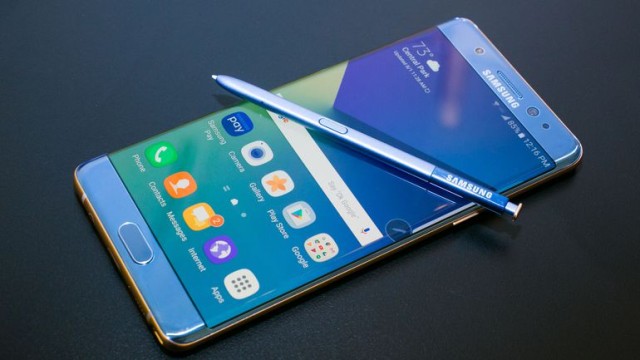 Previous reports claimed that the US carriers will resume Note 7 sales after October 21, but it seems that they were wrong, because Verizon and Sprint are ready to ship out reworked “safe” units, while T-Mobile and AT&T will start making exchanges today. AT&T stated that the exchanges are made for those who purchased the Note 7 before September 15.

Samsung has announced yesterday that carriers and retailers will receive 500,000 safe and new Galaxy Note 7 devices to exchange recalled models or sell to customers. T-Mobile has already received a new batch of Note 7, and the carrier has announced that “You can head into a retail store near you starting on Wednesday, September 21st. Please note that we can’t help you transfer your data or contacts from your old phone to your replacement phone in the store. This is due to safety guidelines from the CPSC tied to the recall.”

A source inside the Samsung Experience Shops program has said that BestBuy will resume sales next week, and, hopefully, 60-70% of the current owners will get their exchanged units until September 30. Verizon customers won’t need to wait a month to purchase a “new” Note 7, as sales or exchanges should start today in the US.

We remind you that on September 2, Samsung has announced that the Note 7 battery cell issue has forced the company to stop sales, then a week later, Samsung and CPSC have issued “power down and stop use” guidance. On September 15, CPSC announced voluntary recall and Device Check (IMEI) identification program was launched. Yesterday, Samsung in partnership with Carriers has released firmware update for new Galaxy Note7s and recalled devices, which shows a green battery icon on the status bar located on the upper right corner of the screen. The new icon indicates that the battery of the Note 7 is unaffected.