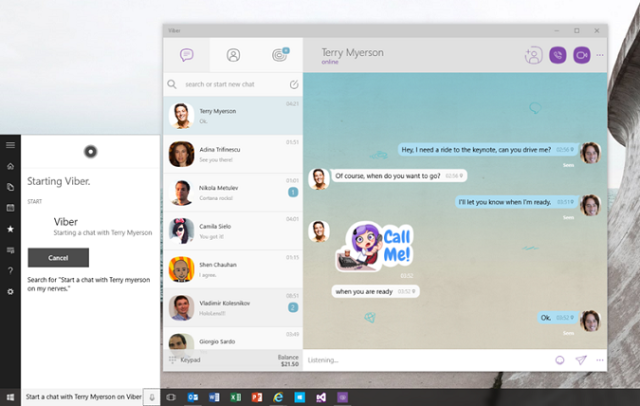 After the launch of Viber for Windows 10 Mobile which happened this week, a new Viber was released soon after in a beta form for Windows 10 tablets and PCs.

You can download it for the latter devices from the Windows Store and you’ll see that it is similar in features to the desktop app, only that it’s a beta version. Be warned though, it won’t work if you don’t have a beta enabled account. As in, you can download it, but it will not function.

Some users have said that they are disappointed because they expected a final built version at this point, after it being announced a year ago. We’re talking about those Windows users who rely on the security offered by Viber

The following are the features we’ll be able to see on the app. Apart from texting friends, you will be able to make calls with High definition sound quality. You’ll be able to send stickers and emoticons during a conversation, and even locations and photos. The stickers can be downloaded from the Sticker Market.

In terms of video chats on this beta version of Viber for Windows 10 for PCs and tablets know that they are completely possible and that it’s so effective that your friends will hear you as you speak.

Now that you know where to find it, you might as well give this beta version a try.