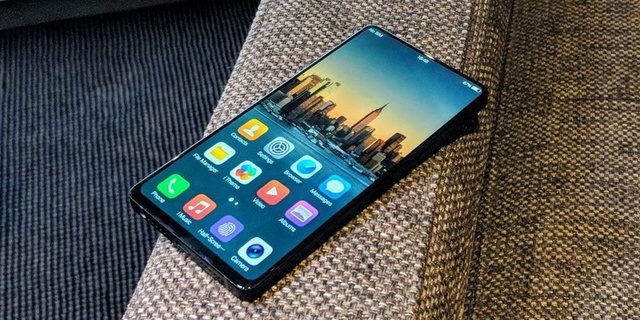 Vivo Apex was the surprise of this year’s Mobile World Congress 2018 as it was presented with a display that covers approximately the entire phone’s front side, a feature that Apple is right now planning to implement in 2019. Actually, Vivo Apex is the phone with the world’s highest screen-to-body ratio.

This phone impressed everyone at MWC 2018 but raised some questions about the company’s ability to produce such a device in large quantities. It seems, however, that the Vivo, the Chinese manufacturer, will not keep this device strictly as a concept and will launch it officially later this year.

Vivo Apex will come with a display that covers 91% of the front area of the phone and will integrate a fingerprint sensor that can be accessed by half the screen and will also come with an innovative system through which the front camera can be hidden inside the device when is not used.

Initially, Vivo Apex was only presented as a phone concept but now it is confirmed for an official launch this year.

Vivo is the fifth-largest manufacturer in the world at this time, but it sells smartphones exclusively in China. However, Vivo Apex could be the first Vivo smartphone to emerge on the international market.

Its volume production will start in mid-2018 and the scheduled release date has been already set for the last quarter of the year.

Vivo Apex boasts a Snapdragon 845 chipset with a full 6-inch OLED-technology-based display, an audio jack, and a USB-C plug (a feature that is missing from some flagship phones).

Also, Vivo Apex will incorporate a fingerprint sensor in the display, a technology which has been launched earlier this year.

While Vivo Apex has eliminated the notch and will come with the world’s highest screen-to-body ratio, Apple, Samsung, and other renowned manufacturers will launch smartphones with cropped displays and “classic” fingerprint sensors integrated into either the phone body or the capacitive buttons.