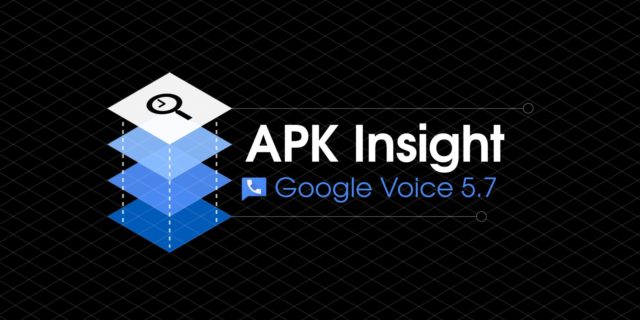 Last year, Google Voice received a new chance when it was relaunched. Users received many new things, but no VoIP calling functionality, despite the fact that this was one of the things desired by many. However, we knew that this feature was on its way since Google promised this a while ago.

Now that version 5.7 of Google Voice is here, we were able to take a look at it, and there are numerous strings that appear to indicate the future arrival of VoIP. This thing was revealed by analyzing the APK file.

VoIP is on its way

The latest version of Google Voice does come with some important clues. However, it is important to remember that some of the features that appear in various line of code might not be released by Google. However, especially when it comes of VoIP, it is almost certain that this function will roll out in the future, since it was already announced.

The fact that we were able to spot some clues means that the wait is almost over for users. As it appears, Google is not done yet, and the work is still in progress:

<string name=”voip_body_text”>”Make and receive calls over Wi-Fi and mobile data when you use the Google Voice app. Note: This will turn off call screening%s”</string>”

If we take a look further, it becomes clear that users will be able to turn on the new feature: