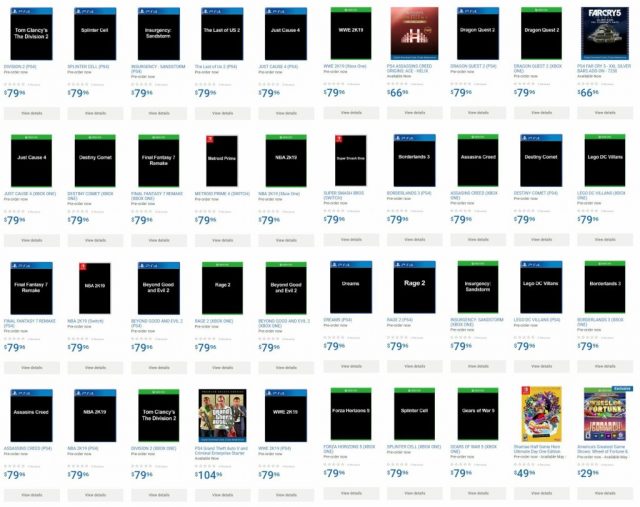 The Electronic Entertainment Expo (E3) trade show in Los Angeles is one of the year’s most important events for gamers all over the world. Numerous big-time game developers use the E3 event in order to reveal what games they are planning to release and to show gamplay from their upcoming titles. In fact, Microsoft and Sony also attend these events and unveil cool features and upcoming exclusive games.

This year’s E3 event is scheduled to start on June 12th, but we don’t have to wait a whole month before we can find out which games are going to be unveiled. The reason we are saying that is because Walmart leaked everything!

As you all might know, Walmart is one of the world’s largest distributors and the company’s Canadian website leaked every game, add-on and DLC that is going to be unveiled during the highly anticipated E3 event. With that said, let’s present some of the biggest titles that Walmart leaked:

We think its safe to say that Forza Horizons 5 is the game no one expected to see on this list and the reason behind that being that Forza Horizons 4 is not even out! Is Walmart missing something? Or is Microsoft following in Apple’s footsteps like when the Cupertino-based company went from iPhone 8 to iPhone 10.

Whatever the case might be, Xbox fans who enjoy racing games should be happy to know that another major Forza title is coming to them. In case you didn’t know, the Forza series is exclusive to Xbox and this makes it one of the most important games that Microsoft releases this year.