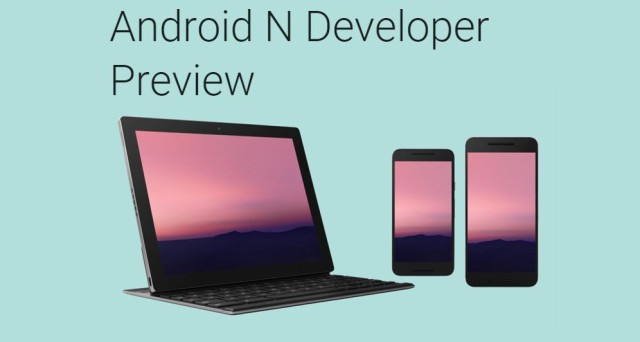 Google made a surprising move. The company didn’t wait until its annual I/O event in order to unveil its upcoming Android version, because on March 3, it posted the Android N Developer Preview for the Nexus 6P, 5X, 6, Pixel C, Nexus 9, Nexus Player and General Mobile 4G (Android One). According to rumors, Google will expand its beta program to its OEMs, including Motorola, Samsung and LG.

The name of the upcoming Android N operating system hasn’t been chosen yet, but we’re hoping that until May 18th, when the annual software developer-focused conference will kick off, Google will find the best name, using an online poll. After the release of the Android N Developer Preview, Google has continued updating this platform and it made sure that the newly added features are working without issues.

While the Nexus owners are enjoying all the changes that will be made to the next Android version, other users are wondering if they’ll have access to the beta testing program. Well, there are some speculations according to which Motorola will be included first, but it isn’t known what smartphones will be accepted.

What we can guarantee you is that the information has been confirmed within the code for the upcoming Android N. A Reddit user has discovered a line that says “accompanying Android Beta program for consumers, starting later in the preview — more supported devices, including devices from OEM partners — seamless OTAs for your devices, from initial release to final N release without flashing.”

Besides Motorola, other OEMs such as Samsung, HTC and LG, will allow their users to install the Android N Developer Preview on their devices and test out the following features: multi-window mode, freeform window mode, enhanced Doze mode, improved Settings menu, faster app optimization, Dark mode, number blocking, emergency info on the lock screen and more.