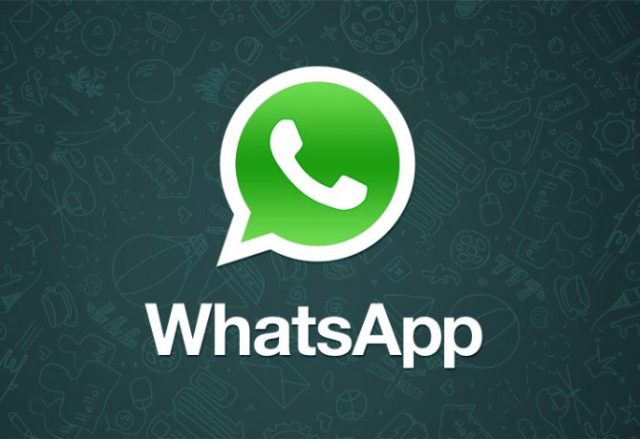 The latest viral in the WhatsApp messaging application can block not only the application but also the phone. The WhatsApp black spot message which got viral pretty quick in the last days is meant to be a joke but can become a troublesome issue for some. Has it reached you yet?

In fact, that’s a message that’s running like wildfire among WhatsApp users. There is only text which reads “Don’t touch here…” and a black circle icon like an emoji. 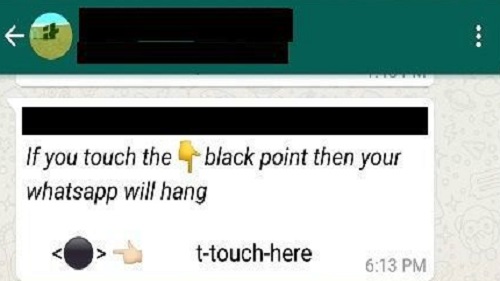 Well, you shouldn’t touch that black circle because if you do, you could block the application and the phone, according to some comments posted on social media by those who experienced this.

But how can this simple WhatsApp black spot message freeze the smartphones?

That’s easy because it’s not just a simple message. Its creator has managed to hide thousands of characters in those lines, which causes an excess of information for WhatsApp, an excess of characters which is not well handled by the app, and makes it fail.

The remedy, if you have already tapped the black spot message is to try to exit the application and restart it. However, if that’s not working, try restarting your phone.

Once you’ve regained control over your device, return to WhatsApp and delete that crazy message.

Is it a virus?

However, if you’re curious, you can see the hidden characters of the WhatsApp black spot message. From the “Settings” (3-dotted icon on top-right), click on more, then on “Send chat by email” and once you have received the text open it with the Chrome browser.

The black spot message is not a virus, so it won’t damage your phone and cyber-criminals won’t steal private information from you. It’s just a joke that also works on Telegram or Instagram, as well. However, not on iOS devices, though.

In conclusion, the WhatsApp black spot message is nothing more than a prank to piss people off, which uses one of the flaws of the app, namely, the poor management of sudden excess of characters within messages.