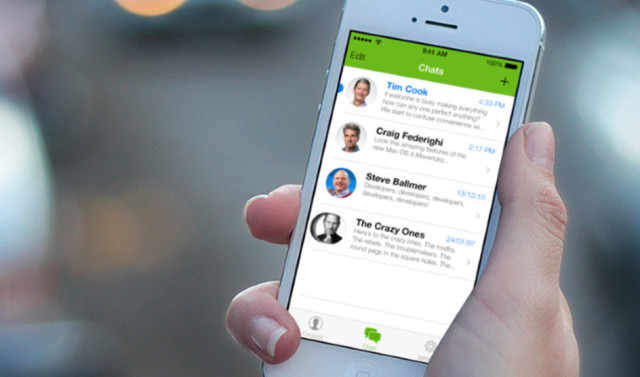 The good news is that WhatsApp has been updated for iPhones. The bad news is that the update contains a serious bug that causes the application to crash when users are trying to forward links, and the developers are still trying to fix this issue in version 2.16.4.

Many users are angry because they were expecting improvements and performance improvements, but instead, WhatsApp 2.16.4 has brought trouble. Owners of various iPhones have complained that when they tried to forward links, WhatsApp was crashing and users had to restart it.

Unfortunately, WhatsApp’s developers haven’t found a fix for it yet, even if this update was released a few days ago. And this is causing users headaches, as this bug prevents them from forwarding links if they’re using iPhones running on iOS 9.3.2. It’s strange that no error is shown on the screen, when that happens, only that the application closes unexpectedly and users are brought back to their phones’ home screen.

It isn’t known if the bug is widespread, or it affected only a small group of users, but unfortunately, this isn’t the first time when WhatsApp has serious problems. We don’t know if this has do to with iOS 9 in general or the application itself has bugs that the developers aren’t able to fix before releasing new updates to public.

Some users have reported in the past that WhatsApp was draining their batteries after they installed the latest iOS updates, while other users weren’t able to connect to their accounts for a period of time. For example, the guys from Softpedia were offline for almost 30 minutes and they couldn’t do a thing to connect back.

Anyway, if you still want to install WhatsApp 2.16.4 on your iPhone, this bug might not affect you if you’re running a version earlier than iOS 9. We’re hoping that soon, a new WhatsApp update will be provided and everyone will be happy again.