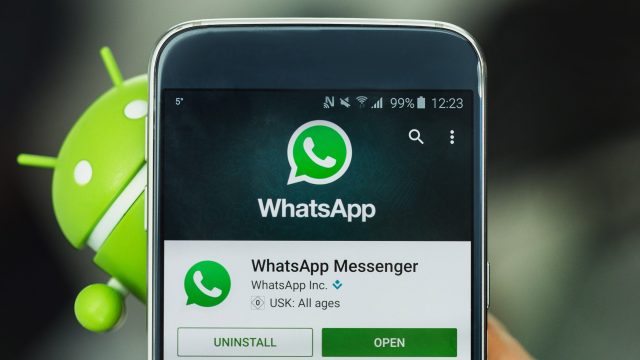 A brand-new update has been released and it changes WhatsApp’s version number to 2.18.135 beta. As the update’s name implies, it is directed towards beta testers but on the bright side of things enrolling in the app’s beta program is not a complicated task. With that being said, today we are going to present what features/changes this latest update brings and see what makes WhatsApp such a premium app.

The first thing we need to mention about this latest update is that it comes in form of APK. APK is an acronym for “Android Package Kit” which means that it requires an Android powered device in order to function.

All app developers release APK versions of their updates before rolling them out to the wide public so that beta testers and third-party developers have a chance to verify if there are any bugs or unwanted issues.

Regarding the beta program, anyone can enlist and become WhatsApp beta users. The only thing that beta testers need to do in order to be eligible is to own an Android smartphone and to be willing to provide the developers with solid feedback. This is an easy task, especially when considering that beta testers receive the privilege of getting all the latest features and software tweaks ahead of everyone else.

As many of you might already know, WhatsApp has tens of features that are designed to make it easier for people to get in touch with each other and the groups feature is the perfect example of that.

Well, it looks like the app’s developers want to take the groups feature to the next level because this latest update contains not one, not two but three changes that are going to improve the way groups work.

The first feature that’s being introduced alongside this latest patch gives WhatsApp users the ability to add descriptions to their groups. The WhatsApp community has been asking for this feature for a long time and its great to see that the developers have been paying attention.

Moreover, adding descriptions to groups will prove to be the quite useful since they can be used to notify members of important information such as the latest news or tasks if this a work-related group.

One of the things that the groups feature lacked was a search function. For example, imagine how annoying it must be to have to scroll through hundreds of user names before finding the member you are looking for. Luckily, this isn’t going to be necessary anymore since groups will now feature a search function.

Switching Between Voice and Video Calls

The last feature that’s being added through the WhatsApp 2.18.135 beta update makes it easier for people to switch between voice and video calls. While WhatsApp is renowned for being the best chatting application in the world, the app is struggling a bit on the voice and video calling side of things.

Fortunately, the developers are in a constant pursuit to improve the voice and video feature and this latest update allows people to switch between them by simply tapping on the “video button” in the middle of a call.

Even though the update is exclusive to beta testers at the moment, we can be sure that it’s not going to take long until the developers decide to roll it out to the wide public. In fact, the update will more than likely arrive to everyone somewhere during the upcoming week.