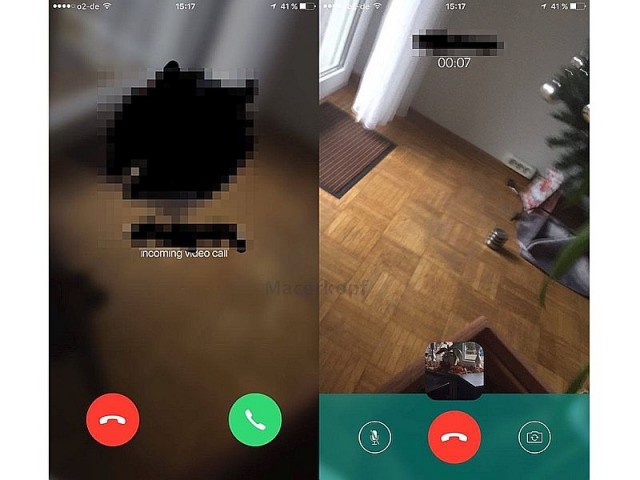 Since the invention of this revolutionary app 5 years ago, WhatsApp has become the everyday tool of a man’s life. Since the arrival of WhatsApp the world of texting and talking to friends, family or your closed ones have not just became a lot easier but cheaper and a lot of fun.

WhatsApp, after arriving in the world of communication have replaced SMS very capably. Not just the SMS service has been replaced by the revolutionary app but the chat clients like Yahoo messenger and Google talk have been put to rest by this amazing social networking application. The wait is almost over. After some images that have been leaked by a German website, in which the images shows an ongoing video call from WhatsApp for iOS. WhatsApp Video Calling is finally becoming a reality!

According to the leaked screenshots, users will get the option of mute and switching the cameras as well while they are on a video call. It is said that the interface of WhatsApp video call will be much similar to that of the voice call feature on WhatsApp.

So far there has been no official statement from WhatsApp regarding the WhatsApp Video Calling feature, but the website said that the beta testers are already testing the feature.

We can expect the video calling feature to be released around March next year. Are you excited for the all new WhatsApp calling feature? Comment below and share your opinion with News4C.