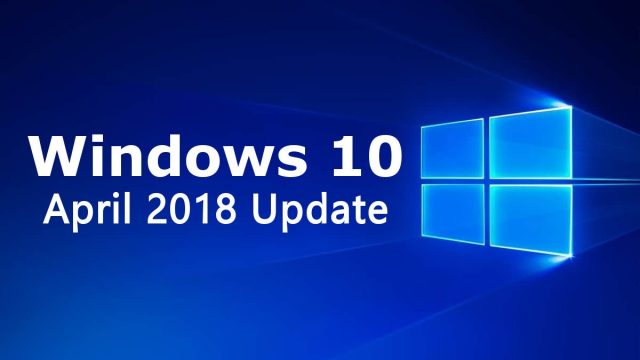 We’ve already previewed the Windows 10 April 2018 update in an article you can read here. Now, is the right time to check what this major Windows 10 update brings as the update was released yesterday. Also, Microsoft updated the Xbox One firmware. Both these updates come with new features about which we’ll talk in detail in the following sections of this article.

The Xbox One has been updated with a number of new features as a result of the Xbox One April update.

Audio improvements – Features surround sound capabilities for the Home and Guide pages. Surround audio output means that the sound output from your surround sound system corresponds to the activities you view on the display. Plus, gamers who play music while they’re playing can mix the game’s sound with the music they’re listening to within the Xbox Guide;

However, the major changes were implemented by Microsoft in Windows 10 OS. Thus, the new update comes with:

The timeline enables users to go backward in time by up to 30 days to locate files. The Timeline also functions to help users track down files or whatever they surfed on when signing in to their Microsoft accounts while running Edge or Office 365 on mobile devices.

Focus Assist supports users getting things done quietly by muting notifications and social networking for a certain period of time. Users can also configure it for certain hours of the day.

Dictation is useful to write text files or notes using your voice. Windows will automatically start writing what you’re dictating by pressing Win+H, while the cursor is within a text field.

In the end, Windows 10 April 2018 Update comes with lots of new features and changes, for both personal and businesses usage. Besides, Microsoft has also rolled out a big Xbox One April update which brings video and audio improvements, as well as new features within the Xbox One Edge browser.