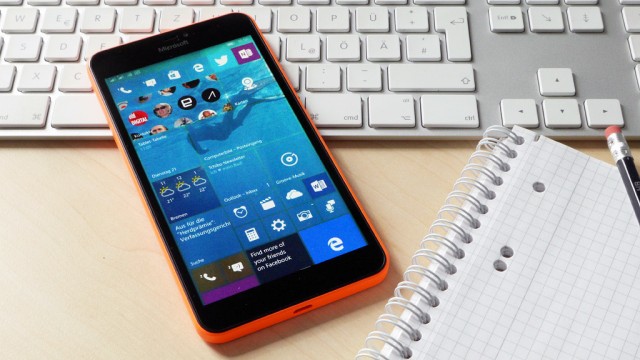 Windows 10 Mobile update is undergoing tests for some time now, and most of the users are expecting Microsoft to release the update really soon. The first devices that are said to get the update are Lumia 640, Lumia 640 XL, Lumia 735 and Lumia 930.
According to a new bit of information, posted by Vodafone Australia, Windows 10 Mobile tests have been completed for Microsoft Lumia 640, Lumia 640 XL, Lumia 35 and Lumia 930, and the company is expecting confirmation for an official rollout schedule.

By the looks of this, it seems that Vodafone Australia has the update ready for the market and it is just a matter of time until Microsoft gives them a green light on distributing the update, which might happen in the following days.

Some rumors stated that two Lumia devices, the 535 and 640, have already received the update, but without official confirmation from Microsoft, we will have to assume that is not true. According to some publications, T-Mobile has been stating on its company forum that the update will take place some time between 14th and 21st of January. The update that was supposed to take the OS to the version 10586.63 (sic), was not confirmed from any sources so far.

Regardless of all the rumors roaming around the internet, on thing is sure, the update is close. A few days ago Microsoft has officially confirmed which phones will receive the update first. So, Lumia 430, Lumia 532, Lumia 535, Lumia 540, Lumia 640, Lumia 640 XL, Lumia 735, Lumia 830 and Lumia 930 are among the devices that will get updated in the first wave of the rollout, leaving Windows 8.0 phones last.

Among the new features that the new OS promises to bring, here are a few that have captured our attention. They say that the Action Center was improved and now has a quicker response time, interactive notifications, full-size background image for Start, a redesigned and more powerful photos app and a much better speech-to-text imput capability.