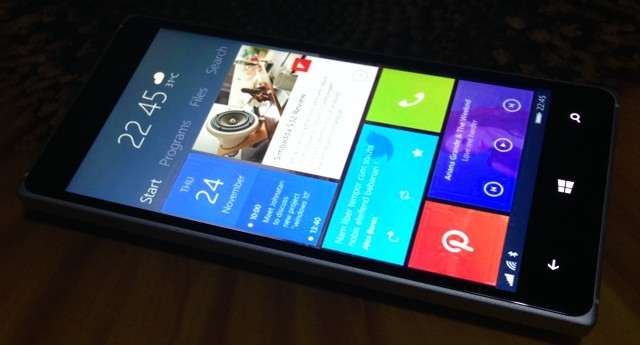 After a series of countless rumors on this subject, it seems that we finally have an approximate release date for Windows 10 Mobile.

The latest set of rumors on this subject that has drawn our attention to the update from Windows Phone 8 to Windows 10 Mobile, which was supposed to reach the majority of smartphone owners in January 2016. It seems that, because some new problems have been discovered, the launch was postponed again.

According to the latest report on this subject, from sources close to the American company, Windows 10 Mobile will reach compatible devices sometimes in the next month. Apparently, this time Microsoft has already confirmed it to its partners, hardware manufacturers and mobile operators. In the same context of postponing the update for Windows 10 Mobile, Redmond officials said that the monthly update for Lumia 950 and Lumia 950 XL will be slightly delayed. Although in December last year, the same update package has been successfully propagated to the top of the range devices from the company, this month’s launch has experienced significant delays.

In the email sent to its partners, was noted that the update for devices with Windows Phone 8.1 is not yet finalized, requiring another few weeks until they complete correcting all bugs. However, the process of finishing the operating system should not last more than a month.

The good part of this announcement, if we can call it that, is that when the owners of older WP8 devices will make the transition to Windows 10 Mobile, they will be able to enjoy the newest version of Microsoft’s OS. This will include, among others, the functionality and services update that is said to reach Lumia 950 and Lumia 950XL in February. From this moment we can only hope that there will be no other delay.