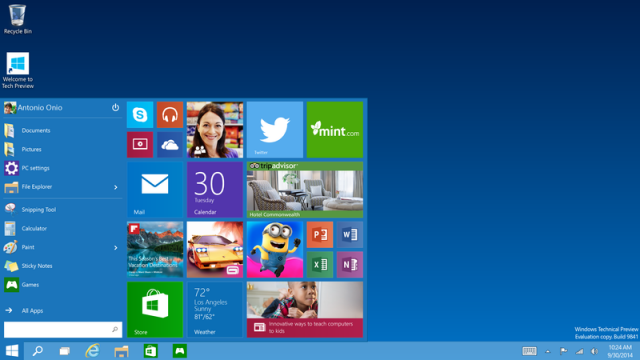 The launch of Windows 10 was more pleasant than the launch of its previous versions, but Microsoft still had a lot of complaints from its users. Either they do not appreciate the way in which the update is mandatory, or that Microsoft records too much data about their daily work, there were enough reasons for some users to stay away from the new Windows. Well, the company now has to deal with a new line of unsatisfied users who had their applications uninstalled after applying the latest big update for Windows 10.

The update Threshold 2, which brings Windows 10 to 1511 version appears to uninstall certain applications installed on PCs, including even software developed by AMD. Some applications uninstalled are Speccy, CPUID and CPU-Z, hardware diagnostic tools for PCs and Catalyst Control Center, application which is automatically installed along with drivers for video cards and motherboards and AMD chipsets. The latter is very important because it provides advanced control over the frequencies of processors and video cards and on the velocity of the cooling systems. The lack of this application could lower the hardware performance.

After applying the update, users are alerted by a message that some applications have been removed because they are not compatible with Windows 10, although they functioned without problems before and even after the upgrade. Obviously this story has displeased a new category of people who use Windows 10 at the moment, who now take into consideration the possibility of returning to an earlier version of Microsoft’s operating system. The company did not provide an official statement yet, but if history repeats itself, perhaps a future update will add the option to disable the operating system’s permissions to automatic uninstalls.