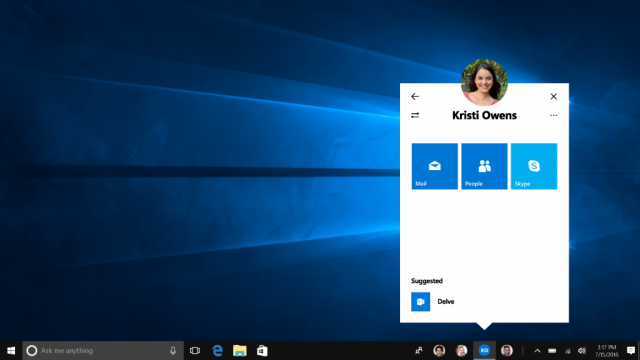 Everybody knows by now that Microsoft announced that it’s not going to launch another operating system and rather just keep on updating Windows 10. Regarding operating system updates, Microsoft has confirmed that a cool new picture in picture mode will be coming to Windows 10. This feature will be included in April’s Creators Update. Worth mentioning is that iOS and Apple users have been enjoying from a similar feature for a while now.

The new mode has been named as the Compact Overlay mode. The feature basically helps developers to create different apps using Microsoft’s Universal Windows Platform. Also, stock Windows 10 apps such as Skype or Movies and TV will receive Compact Overlay support in the upcoming future as well. The mode will allow Windows 10 users to watch videos or talk on Skype while using a completely different app at the same time.

Reports are showing that Microsoft is working on finishing up Compact Overlay right now. The mode is still in its beta phase. Windows 10 users that are registered in Microsoft’s Insider Ring have been allowed to access Compact Overlay since 8th February. At its core, this mode is basically a picture in picture feature. The only difference from iOS and Android’s picture in picture mode is that this one will run programs in a small window over already running apps.

Another great thing about this mode is that Microsoft confirmed that it made it support all apps. This means that developers will have an easy time adjusting it to fit their needs. Although this is great, we are still waiting for Microsoft to announce if it’s going to resize used apps.

Regarding April’s Creators Update, Microsoft revealed that this update will be filled with innovative features. The reason why Microsoft is delaying this update until April is because it wants to make sure that there aren’t any bugs. Even though Microsoft’s developer team is one of the best teams out there, some bugs still manage to slip through the cracks. Anyways, we can expect that the upcoming Creators Update will enhance Window 10’s user experience to another level with great features such as the Compact Overlay mode.