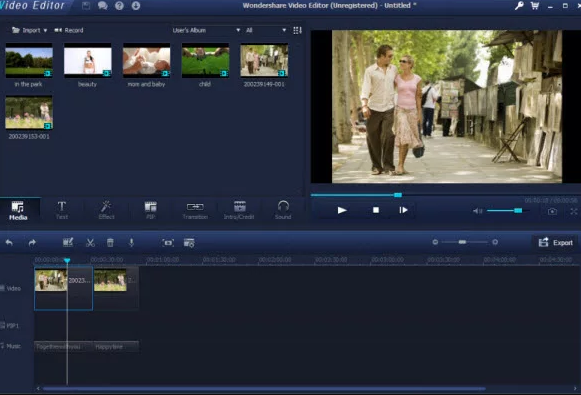 Do you want your photos to more look professional? Well, then you came to the right place because today we are going to present one of the most powerful photo editor tools that you can find. The tool we are talking about is called Wondershare Fotophire and we are going to highlight some of its key features.

Right off the bat, we need to mention that the best feature that Wondershare Fotophire has to offer is its photo editor. This feature is just the perfect thing for people who want to make their photos special with effects such as adjusting the saturation, adding frames, filters and vignettes. In addition, Wondershare Fotophire contains over 200 photo filters such as Angel, Flavor, Nashville, Sunny and Silver among many others.

Don’t you hate it when something in the background ruins your photo? Well, with Wondershare Fotophire this isn’t going to be an issue since users to get benefit from a feature called photo cutter. This feature specializes in removing and cutting objects from pictures through only a couple of clicks. Not only that, but the photo cutter also excels at replacing backgrounds and enhancing the overall image quality.

Since we are talking about background objects, removing them has never been easier than with Wondershare Fotophire. To make things even better, the photo eraser gives users the ability to remove anything they want without pixel-by-pixel precise selections.

This feature uses a special algorithm which automatically analyses the surroundings. This is one of the main reasons why there isn’t any other photo editor which can compete with Wondershare Fotophire.

One of the most amazing features that Wondeshare Fotophire is known for is the photo maximizer. This feature can enlarge photos and zoom up to 1000% without any pixelization or blur! Moreover, Wondershare Fotophire users will be able to enhance images without having to worry about ruining their quality.

While the previous feature helped enlarge images, this one helps with improving the quality of blurry images. As if this didn’t sound amazing enough, photo focus will fix blurry photos with only one click! One of the best uses for this feature is to edit landscape, close-ups and portrait pictures by adding more depth to them.

Nonetheless, photo focus also goes along perfectly with the filters that photo editor offers because users can choose which parts of the photo they want blurred or colored.