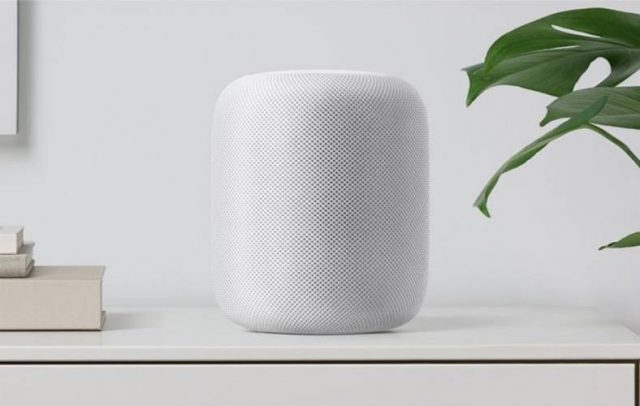 WWDC 2018 could bring a cheaper version of HomePod from Apple, the Cupertino-based company wanting to increase sales of this type of product in the second half of 2018.

WWDC 2018 starts on June 4th, so, as soon as next Monday we will learn more about iOS 12, macOS 10.14, watchOS 5, and many other interesting upcoming Apple products.

Also during WWDC 2018, Apple might announce a cheaper HomePod hoping to increase the sales for this product.

According to the US analysts, Apple would like to submit a HomePod to the WWDC 2018, which would cost only $250, which mean $100 less than the current model.

HomePod did not have extraordinary sales in the first months of availability on the market and that’s because of the limitations and poor functionality of Siri’s assistant.

Now, Apple is the subject of many rumors regarding its announcements during WWDC 2018 and many of which are suggesting the launch of a cheaper HomePod speaker.

WWDC 2018: Apple might announce a cheaper HomePod to boost the sales

First, some rumors said that the cheaper HomePod would come out under the Beats branding, although nothing is yet known for sure about this.

However, by switching its smart speaker from the HomePod brand to the Beats branding, Apple would dilute the influence of its HomePod brand so it’s improbable that the new speaker will be under Beats brand.

The US analysts, who also said that this new cheaper HomePod would come at a $250 selling price, claims that the idea of selling it as a new Beats model would not compromise the “premium” image the HomePod speaker has now.

In short, during WWDC 2018 Apple might announce the launch of a cheaper HomePod to increase the sales of this brand in the second half of 2018. Next Monday, we’ll also learn more about iOS 12, macOS 10.14, and the other surprises Apple has in store for us.