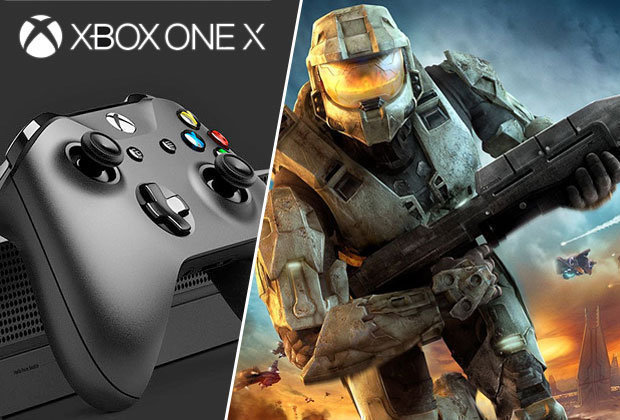 The highly anticipated E3 event will kick off this weekend and all major gaming companies are going to host panels and unveil their latest innovations, hardware upgrades, and upcoming games. Luckily for Xbox fans, Microsoft is scheduled to host a panel during E3 and Microsoft is expected to unveil a bunch of new and exciting titles.

The first thing we need to mention is that Microsoft launched the “world’s most powerful console” also known as Xbox One X. The reason why this matters is because Xbox One X gives Microsoft the ability to release games that feature better graphics than usual. Not just that, but Xbox One X is more powerful than Sony’s PlayStation 4 and Microsoft is surely going to highlight this during E3 and showcase the console’s amazing graphics.

Even though Xbox One X delivered on the promise of being the “world’s most powerful console”, there haven’t been that many games which launched as exclusive titles for it. In fact, Sony has the upper hand because PS4 and PS4 Pro players get lots of AAA exclusive titles while Xbox fans can’t do anything else than to watch in envy.

Fortunately, Microsoft acknowledged this is a serious issue and said that it wants to provide Xbox fans with more first-party titles. Nonetheless, let’s see what we can expect from Microsoft during E3.

What better way to start than with the highly anticipated Crackdown 3? The crazy thing about this game is that Microsoft announced it back in 2014 during the E3 event. Microsoft wants perfection from Crackdown 3 and the game’s launch date has been delayed multiple times. Unfortunately, rumor has it that Microsoft is not going to unveil any new Crackdown 3 gameplay because it plans to postpone the launch date once again.

If there’s something that Microsoft actually does better than Sony, then it must be racing games. The original Forza Horizon title launched in 2012 and Microsoft has kept releasing new editions every year. All Forza games have been successful and Xbox players love the fact that they are exclusive to their platforms. Forza Motorsport 7 launched last year, and we can be sure that Microsoft is going to unveil some exciting details about Forza 8.

Talking about famous Xbox exclusive titles, Microsoft is expected to unveil Halo 6 during E3. Halo 5: Guardians is the last title in the franchise and Microsoft launched it back in 2015. The reason why Microsoft didn’t launch new Halo titles ever since is because it wanted to focus on the Gears of War franchise and bring it back to life.

Therefore, Halo 6 is probably going to be announced during the upcoming weekend. On the downside of things, the game will be officially launched somewhere around 2019-2020.

As previously mentioned, Microsoft took a break from developing a new Halo title in order to refresh the Gears of War franchise. The latest game in the series is called Gears of War 4 and we have to admit that its fantastic!

The game was a major success and fans loved it. This leads us to believe that Microsoft plans to leave the E3 crowd in awe by announcing Gears of War 5.

Leaving exclusive Xbox titles aside, Xbox fans should also get excited about the new Battlefield 5 game. The trailer for Battlefield 5 was already unveiled and the game looks amazing. The game will arrive to both Xbox and PlayStation systems, so it’s not an exclusive title, but we had to mention it since the gameplay looks exciting.