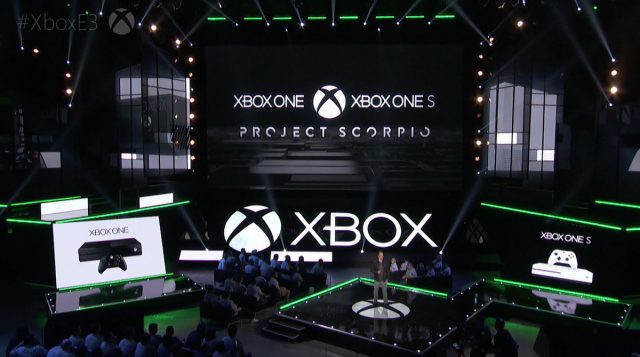 This year hasn’t been that good for Microsoft in terms of Xbox One sales. At the moment, Sony has the upper hand over Microsoft. The Japan based tech giant even went public with its PS4 sales as a means to throw a small jab towards Microsoft. There’s a reason why Sony has managed to sell more gaming systems though. While Sony has launched PS4 Pro, PS VR and PS4 Slim Microsoft decided to only launch Xbox One S.

Microsoft is definitely looking for a way to get back at Sony and Project Scorpio is the perfect answer. Even though Microsoft doesn’t want to disclose that many details about the upcoming next-gen console, the internet is still buzzing with rumors and speculations about it. The leader of the team that’s in charge of creating Project Scorpio has officially announced that the console will be able to provide owners with 8 teraflops of power, but that’s about it.

Xbox One and Project Scorpio: VR

During the Game Developers Conference which took place this week, Microsoft has unveiled the fact that Xbox One consoles will receive VR support. This was to be expected since Sony has already proven that console systems are able of running VR games and content with its PS VR. Additionally, Microsoft has also announced that the upcoming next-gen Project Scorpio will receive VR support.

What’s interesting is that Phil Spencer who is the head at Xbox stated that the not yet released next-gen console will be VR ready. This means that it will actually be able to run VR games on its own and without the need of another device, unlike PS4.  Phil Spencer has also stated that he wants the console to come with VR features integrated in it so that owners can have everything they need in one place.

The way in which Xbox One owners will be able to get access to VR content is by using a VR headset. Fortunately, huge tech companies such as Dell, Lenovo and HP have announced that they will be launching Windows Mixed Reality headsets which will be supported by Windows 10 and Xbox One.