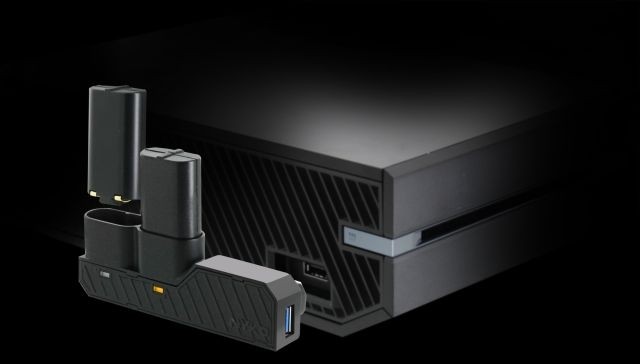 Because most games for the Xbox One are installed on the internal hard drive of the console, Nyko Data Bank was created to fix a potential problem with space.

While that brand may not be known globally, people at Nyko did a pretty good job to create a reputation when it comes to gaming accessories. Because they saw a problem that needed to be solved in the consoles’ default storage, Nyko released a sidecar for the Xbox One. The device finds its place in the left half of the bracket, and inside hides a standard 3.5-inch hard disk that unfortunately you have to buy it yourself.

Nyko Data Bank is very similar to a product launched this summer with exactly the same name and the same utility for the PlayStation 4. After completing the installation process is very easy, your console will get more space for games, saving, movies and music.

Overall, there are some solutions already on the market with similar functionality, but those at Nyko are very confident in their product, saying that the alternatives are not as showy. Since none integrates so nicely with the console, and their presence is reflected in a pile of unsightly cables, Nyko Data Bank really has an advantage. To highlight that works on the front of the dock there is a hard disk activity LED. It flashes when the console reads or writes something on that drive.

Because it uses a hard disk with significant power consumption, Nyko Data Bank comes with a separate power cable. The price for such an accessory, whether you buy it for Xbox or PlayStation One is $40.