Xiaomi MIUI 10 is the latest graphics customization of Android 8.0 Oreo by Xiaomi, and is natively implemented on Xiaomi Mi 8, recently announced, and will be implemented on all Xiaomi smartphones that will debut in the near future.

The company has announced these days the availability of the new customization, revealing which devices will receive it in the near future.

The MIUI 10 will arrive in the devices listed below, however, we point out that as of today, there are not available the release dates for each individual model announced. The private Beta is already installed and running on some high-end smartphones.

Xiaomi MIUI 10 will come with new features and improvements

MIUI 10 features several improvements and new features, such as a smoother, more responsive graphical interface than in the past, a new screen for recent apps, and a new Quick Setting panel in the Notification Center.

The new UI integrates improved support for 18:9 and 19:9 screens, different shooting modes for the camera app on all supported smartphones, and much more, such as AI Preload mode that helps you reduce app loading times by anticipating user actions based on past actions.

The new Xiaomi MIUI 10 interfaces easily with all the gadgets of the Xiaomi ecosystem, allowing you to manage them more quickly than in the past within a dedicated screen. 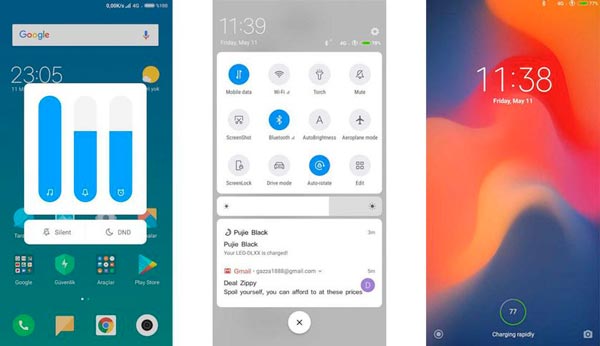