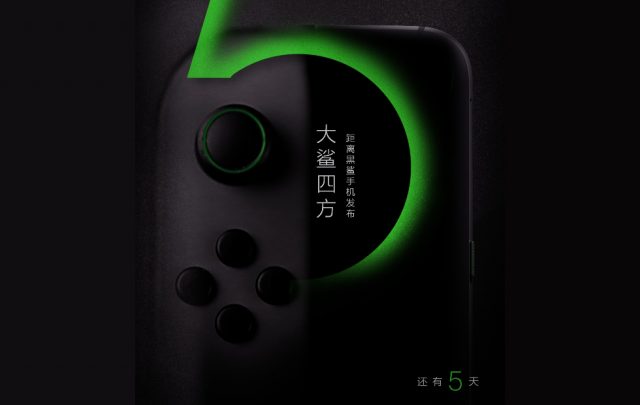 This upcoming Xiaomi device doesn’t look like your average smartphone, doesn’t it? Well, that’s because it isn’t designed to be a simple smartphone. Xiaomi is always looking to innovate the smartphone industry and it seems like it just struck gold. This new press render leak shows us Xiaomi’s gaming smartphone Black Snake in its full glory.

The gaming industry a very fruitful one and companies like Microsoft and Sony are generating billions of dollars every year. Therefore, no one should be surprised to find out that Xiaomi wants a piece of the cake. However, no one expected Xiaomi to come out with a gaming smartphone!

From the looks of it, the smartphone is quite similar to Nintendo’s Switch hybrid console. However, Xiaomi’s product is not a simple gaming console because it combines the benefits of having a smartphone with a powerful mobile gaming experience.

Since this smartphone is designed for gaming, Xiaomi made sure to equip it with powerful specs. Even though there isn’t that much official information about Black Snake’s hardware specs, rumor has it that it will be powered by one of Qualcomm’s Snapdragon 845 processors.

Not only that, but the powerful octa-core processor will also be paired with 6GB or 8GB of RAM and 128/256GB of internal-storage space. To make things even better, Black Snake is said to ship with an 18:9 ratio screen which makes ideal for gaming.

Even though the upcoming smartphone is generating lots of hype, Xiaomi still needs to deal with a major operating system issue. Android games are known for not working very well with controllers and Xiaomi needs to find a solution for this. Let’s hope that Xiaomi manages to tweak out Android games because Black Snake is not going to sell very well if people can’t enjoy their favorite games.