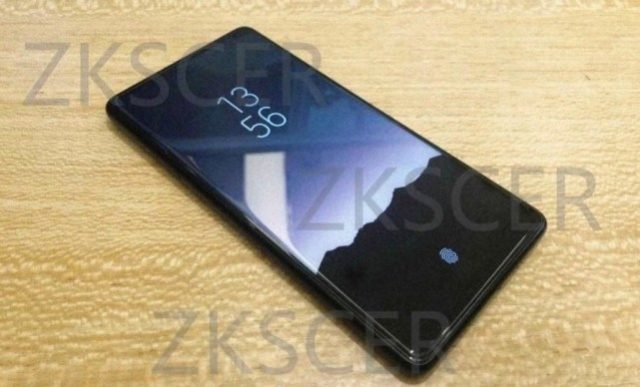 When it comes to smartphone manufacturers, Xiaomi is one of the most promising uprising companies. Even though Xiaomi has been active for a quite a while now, it still has a long road ahead before it can directly compete against the likes of Apple and Samsung.

However, Xiaomi is rumored to be planning on releasing a brand-new flagship device that’s going to bring some serious competition to the market.

The rumored smartphone is known as Xiaomi Mi MIX 2S and fortunately, the device has been already leaked. The leak consists of a real-life imagine that appeared on Weibo which is the Chinese version of Reddit.

Right from the first glance we can notice that Xiaomi Mi MIX 2S looks spectacular with very thin bezels. The design gets even better than this because Xiaomi also equipped its upcoming flagship device with curved glass over the display.

The most interesting thing we can take from this leaked picture is that Xiaomi Mi MIX 2S might ship with a in-display fingerprint scanner. While this might be hard to tell just from a leaked picture, the picture does show a fingerprint image that’s placed on top of the display.

If this proves to be true, then it means that Xiaomi will have an edge over the likes of Apple and Samsung because neither companies have managed to develop this technology yet.

One of the best things about this recent leak is that it also includes information about the main specs that Xiaomi Mi MIX 2S will feature.

Therefore, the smartphone will be fueled by a 3,400 mAh battery and it uses Google’s latest Android 8.0 Oreo operating system. Moreover, the display will use full HD technology that offers a resolution of 2160 x 1080 pixels.