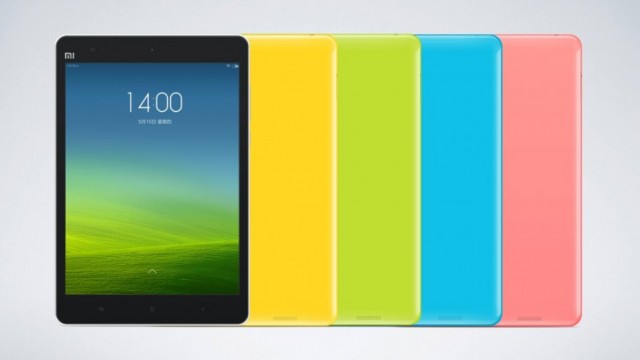 Xiaomi is preparing to launch new products in its range of portable devices on November 24th Among the most anticipated devices are Redmire Note 2 Pro phablet (or Redmire Note 3, according to sources close to the project) and a new generation of the Mi Pad tablet. The first details about the Mi Pad 2 are very interesting, especially because currently available information suggests the producer is changing the NVIDIA chipset with one from Intel.

The company has already revealed the first images of the new Mi Pad 2, revealing for the first time, that its tablets will be built around a metal construction. Although we do not know many details about the capabilities of the new Mi Pad, it seems that it will integrate a camera on the back, which does not have a flash. Since the company seems to have already tested the tablet in Geekbench, some information about its internal hardware seem to have leaked.

It seems that we are dealing with an Android 5.1 device, which is powered by an Intel Atom X5-Z8500 chipset. It includes a 2.24 GHz quad-core processor at and is among the most advanced solutions of the company. The Mi Pad 1 had a 4: 3, 8″ display with a resolution of 2048 x 1537 pixels, aspect that probably will not change in the next generation. Same as its predecessor, it still has 2GB RAM and 16 GB internal storage that can be expanded through a microSD card.

Of course, the tablet will debut initially in China, but it will reach other regions on less official paths or dealing with import stores in the country. If Xiaomi will launch the new model at the same price that Mi Pad debuted last year, we may have to do with an alternative to the iPad Mini at a significantly lower price (about 240 dollars).