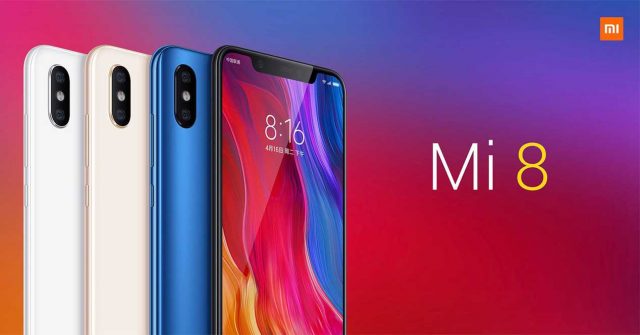 Xiaomi Mi8 is a handset that, in broad terms, is challenging the major manufacturers’ phones such as Samsung’s Galaxy phones and Apple’s iPhone.

Xiamo Mi8 is a real Chinese technological beast that aims to close the gap with its most direct competitors by offering a high-quality product, framed in the high-range but with a very affordable price.

To this end, the Xiaomi Mi8 has plenty of arguments to convince the general public, especially the European market where it is increasingly present.

It is made of a combination of aluminum and glass that gives it an avant-garde and elegant appearance, similar to iPhone X, to some extent.

A Qualcomm Snapdragon 845 processor at 2.8 GHz, which has already been used in another of the company’s mobile phones such as the Mi Mix 2S, is powering the device.

The Xiaomi Mi8 boasts a 6.2-inch OLED with FullHD + display which is one of the most advanced on the market.

Xiaomi Mi8 comes with almost no edges, an aspect ratio of 18.7:9, and its tactile surface occupies practically the whole front face of the phone.

According to these aspects, the Xiaomi Mi8 Chinese flagship smartphone is entering the most groundbreaking trend in the mobile sector in recent years.

Xiaomi Mi8 will boast a dual camera system on the back

The Chinese firm has put the most effort into Xiaomi Mi8 cameras.

It comes with a dual camera consisting of two 12 megapixel sensors.

The new Xiaomi Mi8 is, therefore, a very promising smartphone with high-end technical specifications, an elegant design, and affordable price, all of which make a serious competitor for Samsung, Apple, and Huawei smartphones.